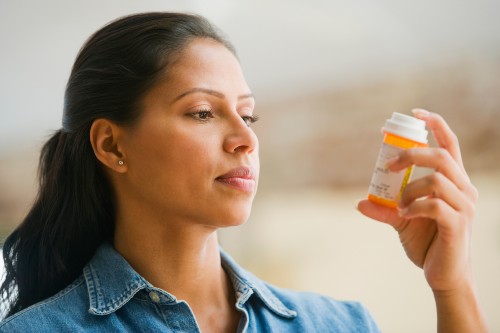 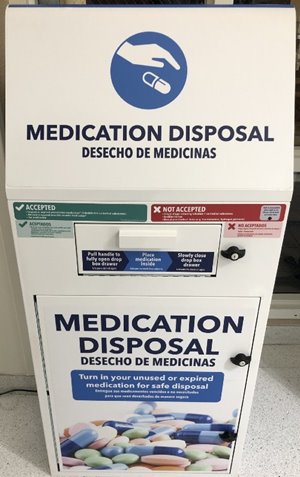 Pharmacy director Linda Fred, RPh, and others launched a safe, easy and anonymous way for community members to dispose of medications with the installation of a secure box in the Orchard Street lobby at Carle Foundation Hospital.

As a pharmacist, Fred understands the risks and dangers of hanging on to unneeded medications.

“Our hope is to prevent accidental drug ingestion or misuse,” she said. “Keeping one person safe from an accidental overdose is worth it.”

Starting Monday, Carle accepts unused or expired medications including: Fred advises people to remove anything that might identify them – either by peeling off labels or blacking out information – before placing unwanted medications in the box.

“Medications lose their effectiveness over time and can be dangerous,” Fred said. "Now is a great time to clean out your medicine cabinets and check those expiration dates.”

The Centers of Disease Control estimates there are about 400,000 poison center calls and 50,000 ER visits each year as a result of young children ingesting medications.

This new program builds on the success of Carle’s sharps disposal program started in 2017, which disposes of needles, lancets and other sharp medical supplies annually.

Offering both of these services ensures disposal according to Environmental Protection Agency (EPA) guidelines and prevents potential harm.

If you’re unable to get to a medication disposal box, you can take safe steps to dispose of medication at home.

“Place the medication in a sealable bag and mix it with coffee grounds, kitty litter or sawdust before throwing it in the trash,” Fred said.