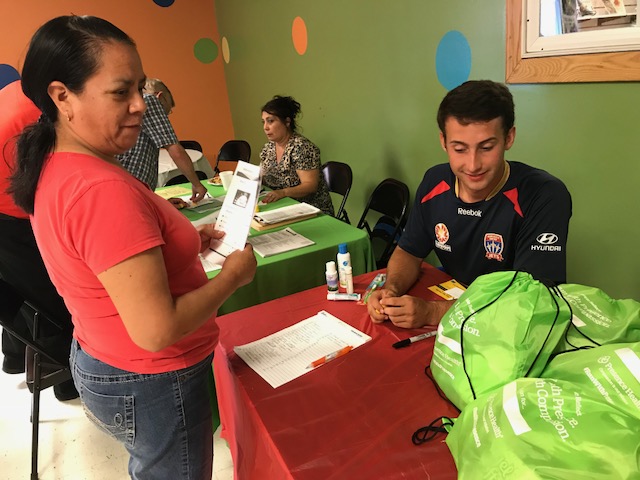 An estimated 1,000 migrant workers are in Champaign County this summer – more than in previous years. To support them, Carle and other community organizations are leveraging their strengths to care for these documented workers and their families.

Maggie Dougherty-Roberts with Windsor Road Christian Church contacted Carle requesting a donation of personal-care products to create hygiene kits for migrants and their families. A fellow church member learned of the need from the Multicultural Community Center (MCC) in Rantoul.

“I wondered if Carle might be interested in donating and have these items on hand. I know Carle gives a lot to the community,” Dougherty-Roberts said. “Hygiene kits may not sound exciting, but if you are just arriving in a place and you don’t have much extra money, they can be a big help.”

Carle supplied 250 of each of these items:

Dougherty-Roberts and other church volunteers helped distribute the kits through the MCC. 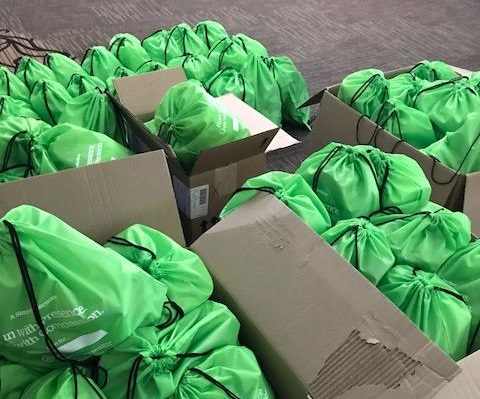 “The migrant workers were appreciative to get the bags and see there were supplies in there that they would need,” Dougherty-Roberts said.

The supplies cost Carle about $2.50 per kit, with individual items costing an average of 20 cents each.

“I have no doubt if I had purchased the items at a store they would have been more expensive and the money would not have stretched as far,” Dougherty-Roberts said.

"Because of Carle’s large purchasing volumes, we receive discounts that can help in-kind donations stretch further,” she said.

Schmidt said coordinating the donation in a timely manner meant the cooperation of staff members in several departments, including the Storeroom, Purchasing and Public Relations, which receives all of the organization’s donation requests.

“There were many people who did additional work to get this done, and they were happy to do it because it was for a good cause,” Schmidt said.

At the same time, the Carle Center for Rural Health & Farm Safety was working with the MCC to reach migrant children with farm safety information. Carle provided 100 copies of a farm-safety comic book that addresses a variety of situations migrant children might face on a farm, such as choosing a safe play area and not playing around dogs or wells.

The safety tips are in both Spanish and English so parents and their children can understand the content.

“The comic book is geared toward migrant kids as there may be technologies or environments here that the kids may not be exposed to in their home countries,” said Amy Rademaker, Rural Health and Farm Safety specialist.

As for Dougherty-Roberts, she’s pleased how each organization’s strengths supported the greater good.

“I think it’s the greatest idea to use the strengths and connections of each of the organizations to come together to do something kind and helpful,” Dougherty-Roberts said. “All the pieces just came together.”