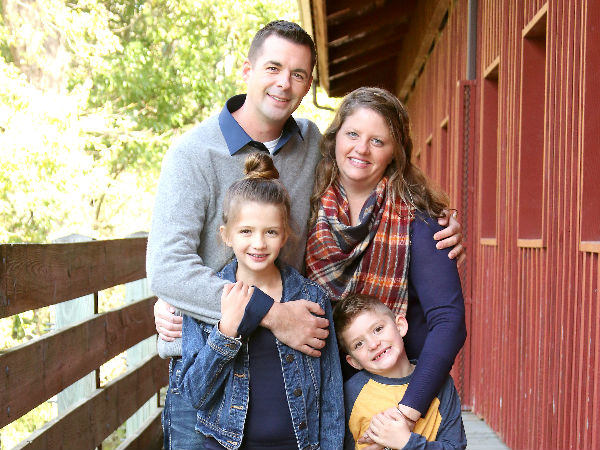 Carle’s own Melissa Reigart knew – maybe from a mother’s intuition, a nurse’s intuition, or a bit of both – her two young children would react differently to the terrible news that their father and her husband, Bryan, had died. 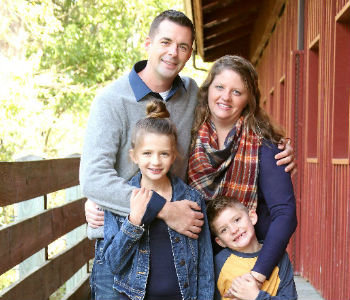 A little more than a year ago, Melissa had to help Addy and Wilson begin to understand this loss – while grieving herself. Addy was 10 years old at the time, and Wilson was only 6.

First, Addy, wondered aloud if her mother would have to tell the school why she wasn’t coming in for a few days. She didn’t want others to treat her differently because of what happened. Shortly after explaining everything, Melissa watched as the younger Wilson simply went back to playing video games.

What Melissa didn’t quite know was how to respond and be there for each child in the way they needed. And that’s where Camp Healing Heart came in.

This year the camp again takes place at Allerton Park in Monticello on Saturday, October 5. Register a child for Camp Healing Heart by September 27 or request a volunteer application by September 25.

Last year, the camp took place within weeks of Bryan’s death. Melissa wondered if it would be too soon for her kids. A full day at Allerton Park 4-H Memorial Camp in Monticello, learning about and discussing ways to cope with grief, is a lot to take on.

Thinking back, Melissa explained how anyone in a similar position should take advantage of the opportunity.

“I had a friend who also works at Carle, and she told me, 100 percent, we should go to Camp Healing Heart,” Melissa said. “Of course, I still ask myself if it was too early, but I don’t think so. What I do think is there isn’t a right way or a wrong way when it comes to something like this.

“To me, it’s something you should do to see what kind of an amazing effect it can have on the children.”

By exposing her children to others around their age, the family left feeling illuminated.

The biggest change for Addy, Melissa said, came from the letters each child wrote. Everyone explained their true feelings and then read them aloud at camp.

Meanwhile, a shield activity gave Wilson the chance to write the names of people, besides his mother, he trusted enough to open up to.

“My daughter learned that there are other kids out there her age who have lost a parent or grandparent,” Melissa said. “And then I asked Wilson why he put his friends’ names, Eli and Leo, on the list of people he trusted. He felt they could play video games together, just like he used to do with his dad.

“It was an amazing glimpse into how their brains were processing this.”

At the adult-focused session, Melissa learned similar tips and connected with others going through the grieving process.

The powerful nature of the event nurtured a new-found way forward for this family. It also outlined many of the ways event leader Elizabeth Rieke wants to see the camp make a difference.

“First, it provides a safe space for kids to actually speak out about their loss," said Rieke, a Carle social worker. "Second, attendees are around other kids experiencing something similar, thus negating feelings of loneliness. And, third, it gives kids a tool box to cope with their loss, which helps them adjust as they grow.”

From the moment her children arrived – early in the morning, a little nervous, and uncertain of what came next – Melissa couldn’t help but feel amazed at the line of smiling volunteers ready to serve.

“It truly was a great experience,” she said. “My daughter was so inspired that she told me she would even like to be a volunteer at Camp Healing Heart when she gets older.