From the Corner Store to the Cutting Edge 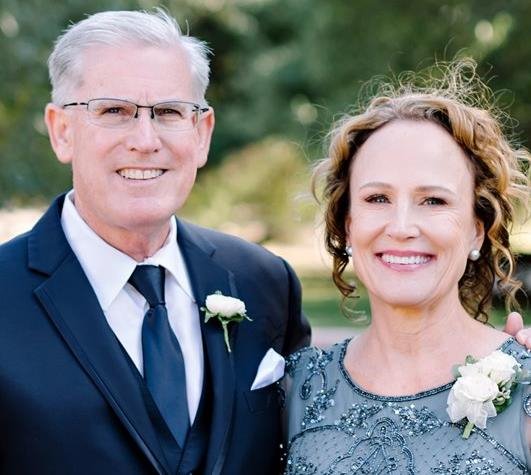 If you live in Central Illinois, you’ve probably shopped at a Super Pantry. The chain was part of Tri Star Marketing, a third-generation, family-owned business founded by Russel Stewart, which developed and operated a chain of convenience stores and travel centers spread out across Illinois and Indiana.

In 2014, Jon Stewart engineered a sale of the chain and affiliated assets to Circle K. Shortly thereafter, Jon and his wife Kendy moved to Austin, Texas, where he now oversees the family’s expanding commercial real estate portfolio under the banner of TSM Ventures.

While the former Champaign residents may have traded long winters for life in the Lonestar State, however, their recent gift shows they’re still committed to improving care in the community they once called home.

“Carle has been an important part of our life,” said Jon Stewart, President of TSM Ventures.

Which is why he and Kendy created a new fellowship that will support research at Carle for generations to come. The Dean and Betty Stewart Postdoctoral Fellowship, named in honor of Jon’s parents, will engage students from the University of Illinois in exciting research, while providing Carle clinicians with the assistance they need to explore critical research, whether it’s pursuing new cancer treatments or understanding the degenerative effects of Alzheimer’s.

The latter was among the list of topics the Stewarts discussed when they first met with Jennifer Eardley, PhD, vice president of Research at Carle.

“We were looking for an opportunity to honor my parents, and Dr. Leonard told me a little bit about what Jennifer was working on,” said Stewart. “My mother suffered from Alzheimer’s, therefore, we thought the imaging research Carle was initiating was an appropriate manner to honor her.

The gift would have no doubt pleased Jon’s father, Dean Stewart, who once served as a Carle Foundation trustee and established a tradition of community involvement that Jon followed, serving on numerous community boards and supporting local initiatives.

“I think it’s important to not only write a check, but participate,” said Stewart, adding that he’s received back far more than he’s ever given. “While we don’t live in the community any longer, we wanted to recognize my folks with a contribution to benefit the community for future generations.”

Today, Jon carries on the family tradition of serving as a Carle Foundation trustee. He says he’s excited about the new research collaborations taking place at Carle, and looks forward to seeing the impact they’ll have on healthcare in this community and beyond.