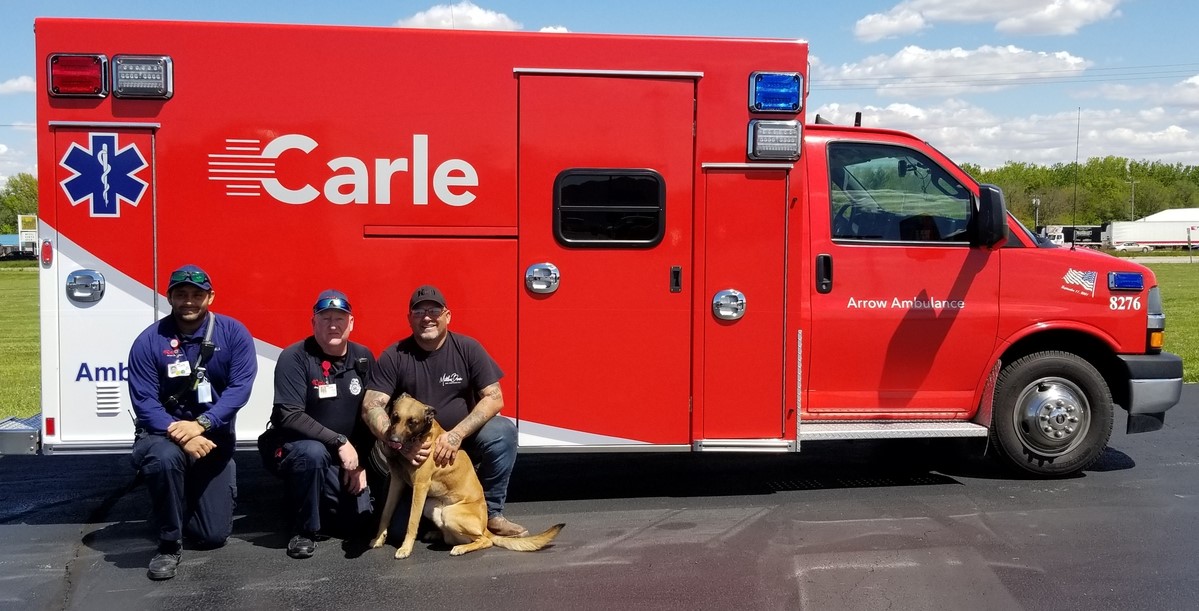 “On Dec. 5, 2020, Carle Arrow’s Mike Kingery and Ohm Shukla responded to a semi accident on I-74 near St. Joseph,” Rebecca Smith, patient accounts supervisor, Arrow Ambulance, said. “This was a single-vehicle accident involving the semi driver and his K-9 emotional support dog.” 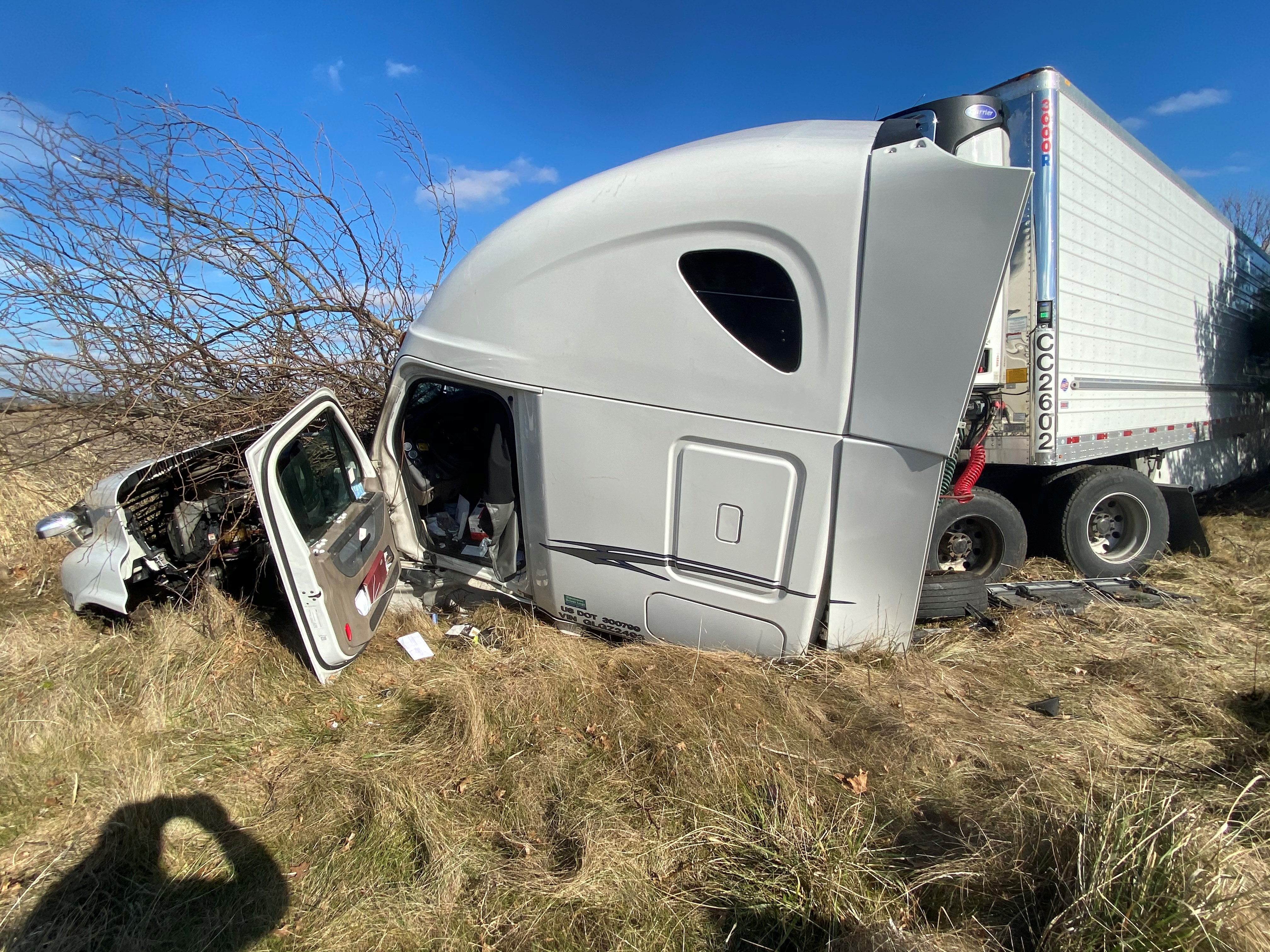 The Ohio semi driver, Matt Brown, and his dog, Kingston, were taken to the Carle Foundation Hospital Emergency Department (ED). The day before the incident, Brown felt off but thought sleeping in would help.

“I waited until later in the day to pick up my load, and as the day progressed, I felt better,” he said. “When I finally hit the road and crossed over into Illinois, I started coughing and was lightheaded. I figured I would pull over, and that was my last thought.”

When Brown finally came to, his dog was in the passenger seat, and there was shattered glass in the cabin.

“I realized I had crashed, and a couple who had stopped came to see if I was OK,” he said. “The lady told me that she said to her husband, ‘There’s not an exit ramp, right?’ She helped me find my phone and took hold of Kingston so he wouldn’t run off.”

After his experience, Brown can’t say enough about Kingery, Arrow paramedic, and Shukla, Arrow EMT, as well as the staff in the ED who took care of them.

“The guys were extremely professional, caring and compassionate,” he said. “Mike asked me if I could walk, and he helped me to the ambulance.”

Although he only remembers parts of the day before the accident, Brown did call his daughter and boss.

“I didn’t know what was going on, but I wanted them to know something happened,” Brown said. “Within minutes, Arrow was on the scene to take us to the hospital.”

Brown has COPD, and patients with this disease can cough so hard they lose consciousness. It's what led to Brown’s accident.

“The doctors and nurses were awesome,” he said. “I’ve only been taken to the hospital in an ambulance twice in my life, but if I’m ever injured again, I hope I end up at Carle. At the hospital, we found some blood, and it wasn’t coming from me, so they looked over Kingston. He had a cut on his paw, but he was more worried about me than himself. He was right by my side through all of it.”

Brown and Kingston are TikTok stars and have about 62,000 followers. Most of the videos they post are silly but 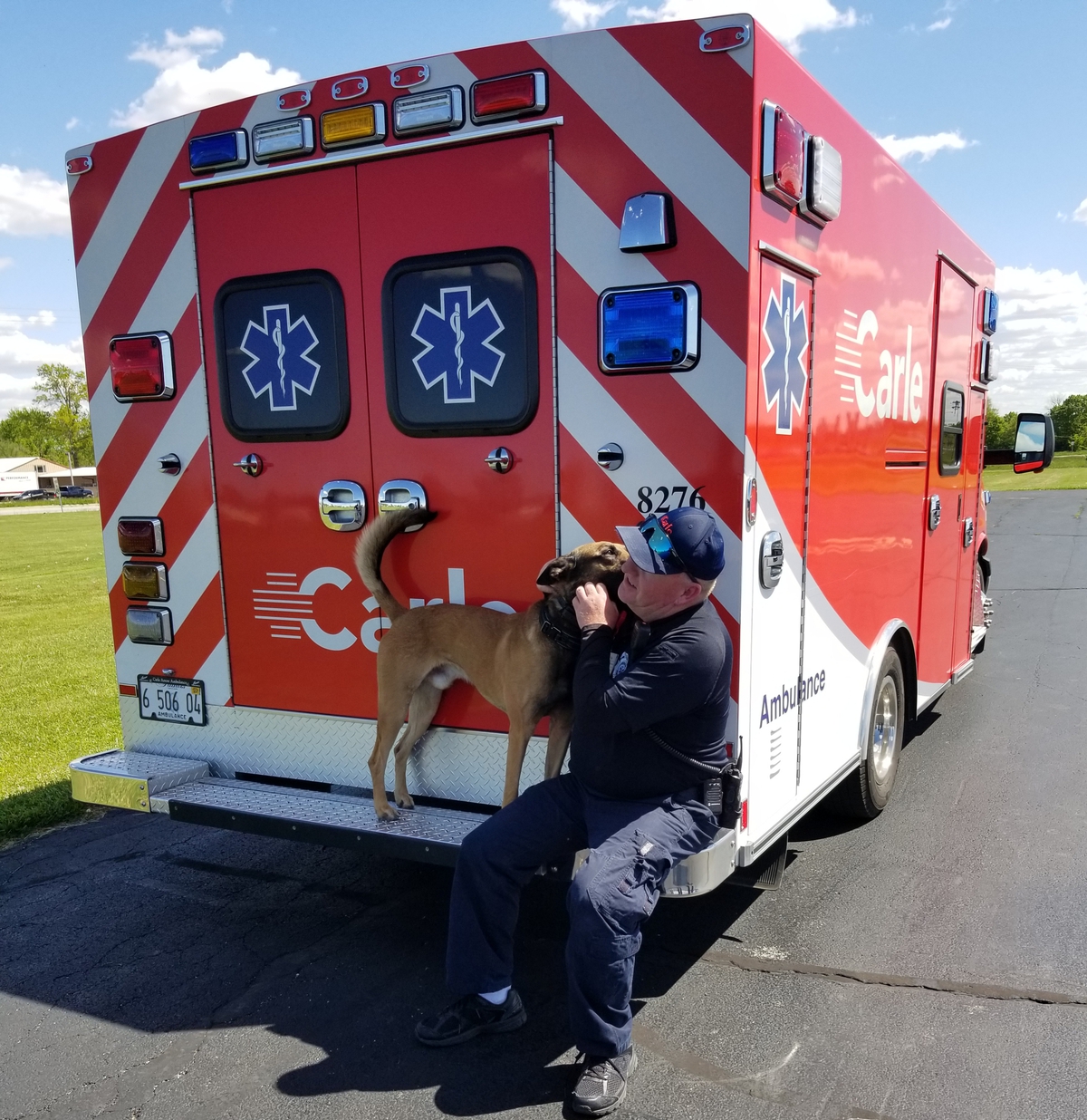 “EMS is a thankless job, so it’s rare and super cool when we get acknowledged – especially on a social media platform – for the job our crews do,” Smith said.

On May 13, Brown, Kingston, Kingery and Shukla got the chance to meet up and chat for a bit since Brown and Kingston were in the Champaign-Urbana area.

Brown and Kingston made a handful of videos thanking Kingery and Shukla. Check out some of those TikToks below.