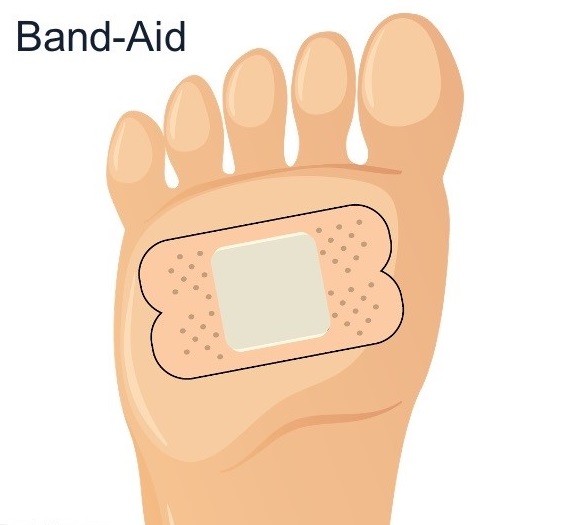 Wounds need oxygen to heal and thanks to winning $10,000 in this year’s Illinois Health Make-A-Thon competition, a Carle doctor and his team are working on a prototype to deliver the needed oxygen via a bandage.

An ophthalmologist at Carle, Dr. Tsipursky teamed up with Joseph Irudayaraj, a professor of bioengineering at the Carle Illinois College of Medicine; and two University of Illinois students, Jordan Marsh (first year at Carle Illinois college of medicine) and Neelabh Sharma (bioengineering senior), to make a pitch for the new chronic wound care during this year’s Health Make-A-Thon competition. From citizen scientist to expert, teams

submitted their ideas for solving broad-based health problems through new innovations or processes.
Each finalist team delivered pitches to a panel of judges during a virtual event in which audience members could vote for their favorite innovation. Each of the 10 winning teams received $10,000 in resources, materials and mentorship to

develop their ideas into working prototypes through the Health Maker Lab network at the University of Illinois Urbana-Champaign.

Dr. Tsipursky said the nano bubbles ( 1/100th the size of a human hair) carry oxygen and the shell of the bubble dissolved and releases oxygen in a targeted fashion.  His team has been developing similar technology for the treatment of blinding eye conditions for the past four years.

“The collaboration of a clinician and a scientist has allowed us to build out this ground breaking “nano-hyperbaric” technology which has translated bench research into real solutions which can make an impact on patient health!  We are grateful and feel fortunate as a selected winning team. This funding will help to develop the bandage prototype, Dr. Tsipursky said.

The hyperbaric bandage will help a variety of cases, including the example case the research team described in their pitch presentation.

They shared the story of a man with diabetes who neglected his own health while caring for his wife. He developed a wound on his foot and despite surgically removing damaged tissue, use of antibiotics and a wound vacuum, the wound did not heal. Use of a hyperbaric oxygen chamber requiring two hours a day, every day for two weeks was not a viable solution in this case and as a result, the would worsened, the man had toes amputated and he still had an open wound.

The team shared that 9 to 12 million Americans suffer chronic wounds each year and 12% of those require amputation. Further, five years after amputation, there is a 70% chance of death, according to the team’s research.

“The nano-hyperbaric” bandage can be applied daily and will replace the need for cumbersome hyperbaric oxygen treatment. The patients can enjoy fewer side effects, more convenience, better compliance with treatment and more successful healing, Dr. Tsipursky said.