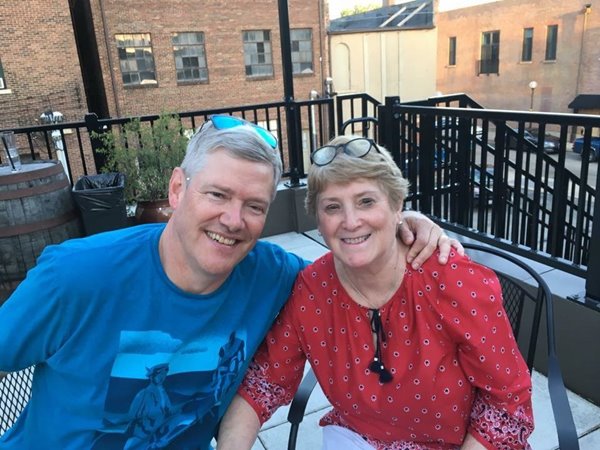 It started with a tremor in the left hand and some problems walking.

For Mary Knight of Champaign, it marked the beginning of the realization she has Parkinson’s disease, a progressive nervous system disorder that affects movement and speech.

The grandmother who now walks with a cane is taking medication for the disease and she remains optimistic about living life to the fullest. “It’s not the end of the world to have Parkinson’s. You deal with it and you move on,” Knight said.

She is one of many individuals receiving support by participating in the SPEAK OUT!® and LOUD Crowd® programs offered through Carle Outpatient Therapy Services. The SPEAK OUT! program, provided through a doctor’s order, is composed of 12 sessions aimed at teaching individuals to increase their ability to communicate effectively. It is common for individuals with Parkinson’s disease to have difficulties with their speech, including low speaking volume, imprecise speech, fast speaking rate and stuttering.

As the illness progresses, the mouth of the patient does not move as much and the voice quiets, Anna Pucilowski, PhD, SLP-CCC said. “Those mouth movements are not automatic anymore and these individuals need to practice using their intentional voice every day,”

Mary Knight said before she started the sessions, her husband indicated he could not hear her speak. “I guess I did not realize how low my voice was getting,” she said.

Kim Nelson Rusch, MA, SLP-CCC said the needed practice for speech to prevent symptoms from returning is where the LOUD Crowd comes in. Weekly sessions are currently available through remote video, led by a SPEAK OUT! clinician and available at no cost to those who completed SPEAK OUT! therapy. The sessions include warm-up exercises making various sounds through the mouth, reading sentences aloud and practicing cognitive activities. Participants currently range in age from their 50s to the 90s.

“It’s one of the things I look forward to each week.” Knight, 65, said. It provides so much support and encouragement as well as physical support for my voice, she said.

The Parkinson Voice Project, a nonprofit organization, in part, supports the SPEAK OUT! and LOUD Crowd programs. The Project honors Daniel R. Boone, a world-renowned speech-language pathologist and voice expert who recognized in the 1950s that those with Parkinson’s could improve their communication if they spoke with intent. Up to 90% of those living with Parkinson’s are at high risk of losing the ability to speak, while aspiration pneumonia caused by swallowing problems accounts for 70% of the mortality rate among patients with Parkinson’s.

The $1,000 grant received through Therapy Services at Carle provides for support such as consultation with a Parkinson Voice Project’s clinical outreach coordinator, training for speech pathology graduate students, and resources such as workbooks for patients and a sound meter.

Those interested in learning more about the programs, may call (217) 383-3360 with any questions or have their doctor send an order for speech therapy to get started.