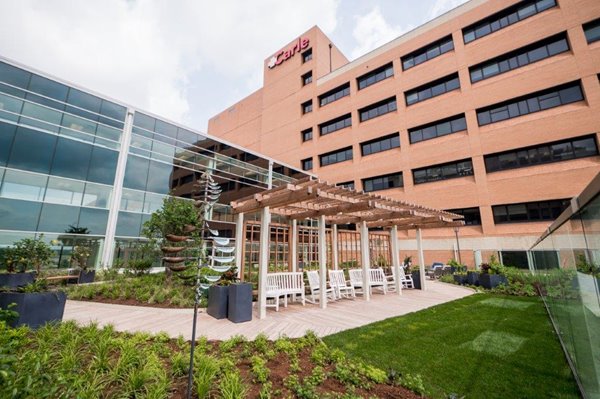 After 13-year-old Will Tate received his cancer diagnosis, treatment and discharge home, he went with his family on a hike at Turkey Run State Park in Indiana. There was a point during the hike when he could not climb further with his mother and two younger siblings.

Will’s Dad, John, recalls his foretelling words. “He said, ‘…keep going with the other two kids (siblings Sara and Ben).’”

Will was diagnosed in the fall of 2005 and died in January 2006 from acute myeloid leukemia, a type of cancer that caused the bone marrow to create abnormal blood cells and platelets. After experiencing a rooftop garden at a partner hospital in a metropolitan area where he received confirmation of his diagnosis, Will returned to Carle for cancer treatment. When a Carle Child Life Specialist asked if he wanted anything, he told them a garden.

This week his “keep going” sentiment will be in full bloom at Carle Foundation Hospital as a rooftop garden named after him opens on the sixth floor to provide respite for those seeking a tranquil spot to enjoy nature and reflect.

Will’s Garden is complete with a pergola, 2,000 plantings, three small trees and paver pathway in the center, the rooftop garden is possible by Carle Health Center for Philanthropy through generous donations from employees and the 2019 Carle Golf Open as well as other individual contributions.

“When we first started all of this, it was really about Will,” his mother Melissa Tate said. “We didn’t realize how far this was going to reach and how many people it might help. It really has endless possibilities.”

The fundraising for the garden began in 2019 through Carle Health Center for Philanthropy. “The generosity for the project is so inspiring with staff, physicians, businesses and community members stepping up to make individual donations,” Beth Katsinas, vice president of Carle Health Center for Philanthropy, said. “The impact Will Tate made in his short life will live on through the rooftop sanctuary.” 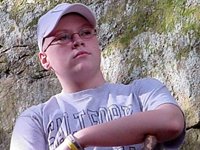 and baseball. He enjoyed working with his grandparents in their garden and cutting their lawn. Halloween was his favorite holiday. His mother, a nurse practitioner in Maternal Fetal Medicine at Carle Foundation Hospital, said he did everything before the expected time for his age, starting with turning over when he was just 7 days old.

“Up until he died, we were certain he would pull through,” she said.

Today, Will would be nearly 30 years old. Completing the garden fulfills his wish.

The garden design firm is Omni Ecosystems, a company that has designed a rooftop garden for McDonald’s Flagship in Chicago’s River North as well as a commercial-scale rooftop farm in Chicago’s Fulton Market. Instead of soil, plants are placed in an ultra-light media that replicates soil.

The rooftop feature of the hospital is rather unique in the area and proved challenging to complete during the pandemic with supply chain issues. “We are so very excited to see things wrap up,” Elise Riehle, manager, Facilities Planning & Construction at Carle Foundation Hospital, said.

While not open to the public, any patient or those supporting a loved one while visiting Carle Foundation Hospital and all Carle Health team members are welcome to experience Will’s Garden.

For more information about Carle Health Center for Philanthropy, go to https://carle.org/Giving.