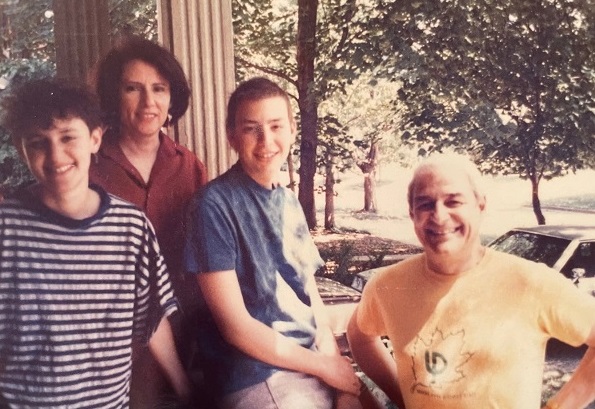 Diane Gottheil remembers starting her son, Josh, on the violin when he was just 4 or 5 years old. By the time he was in junior high school, he was a drummer in a rock band and had a knack for promoting bands to come to Champaign and perform in clubs he was too young to enter.

Alternative rock bands such as The Flaming Lips, Pixies and Throwing Muses played locally thanks to Josh, who formed his own promotion company after graduating high school in 1987. A shining light, Josh brought his smile and charm to everything he did, but the brilliance his life brought to those around him was short-lived. Diagnosed at 18 with lymphoma, he was gone by age 19.

Diane, her husband Fred, an economics professor at the University of Illinois, and Josh’s sister, Lisa, were 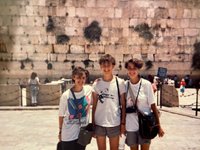 devastated by the loss but they turned heartache into helping others through the Josh Gottheil Memorial Fund (joshsfund.org) for Lymphoma Research. The Gottheils were so impressed with the care nurses gave Josh during a bone marrow transplant at Barnes Hospital in St. Louis that they established the fund to support nurses. In 2021, the Gottheils made a $250,000 donation from the fund to Carle Health Center for Philanthropy to support resiliency for Carle nurses.

Watching the nurses who treated her son, Diane Gottheil said the importance of the work they do was evident. “They face many demands and get to know patients,” she said.  “We realized how wonderful the nurses are and the fund grew so we can also help the nurses at Carle.”

The first way the funds are being used is to have a group of team members at Carle Foundation Hospital called Carle Caring Crew, who focus on providing caregiver and nurse support throughout the hospital and clinic setting. Modeled after a program developed at Cleveland Clinic in 2008, called Code Lavender, it is designed to support nursing staff in traumatic, acute events—as well as chronic stress situations (traumatic deaths or diagnosis, violence, team stressors, etc.)

“We are so grateful for the Gottheil family and their generous gift from the Josh Gottheil Memorial Fund in support of nurse resiliency. It’s exciting to think of ways we will be able to serve our caregivers through the Caring Crew and the Gottheils’ generous gift. Focusing on clinician wellbeing and resilience is essential as we seek to continuously improve patient outcomes and experience,” Elizabeth Angelo, senior vice president, chief nursing officer and Carle Foundation Hospital president said.

Together, the Carle Caring Crew and the newly established Josh Gottheil Memorial Nurse Resiliency Fund at Carle Health Center for Philanthropy will help nurses process the stressful effects their work has on their mental health and overall well-being.

Physicians call for more support in the Black community for HIV access, treatments and education

Carle at The Riverfront brings modern healthcare facilities to Danville