A life-saving call with star-worthy results 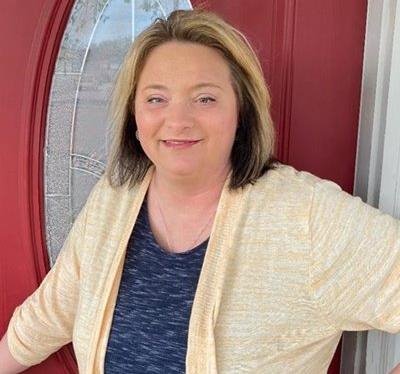 Tina Thompson of Mattoon has many reasons to be thankful. And at the top of that list is one Carle nurse who wouldn’t take no for an answer.

It all started in March 2019 when Thompson was struck with a migraine that wouldn’t go away. She’d had migraines before, but this one was different. For starters, it lasted 10 days, and the pain was so intense that it made her physically nauseous. Other strange symptoms included vision issues and blood pressure readings that were suddenly all over the map.

But then, the pain just stopped, disappearing as mysteriously as it had arrived. As Thompson updated her primary care nurse on the way to work one morning, all seemed well with the world, until she mentioned the numbness in her leg she had felt the day before.

The response from Raynette Camfield, RN, BSN, was startling and immediate. “You need to pull over right now and call an ambulance.”

Concerned that Thompson may be having a heart attack or stroke Camfield knew time was of the essence.

If you or a loved one is having a stroke, BE FAST:

When Thompson resisted, Camfield persisted, eventually persuading the reluctant patient to visit the local Emergency Department, where a magnetic resonance imaging, or MRI, was performed and sent to Carle for review. The results were not good. She had bleeding on the brain and would most likely need surgery that night.

“My mother had just passed away two years before with bleeding on the brain,” Thompson said. “So let me tell you the amount of panic that set in.”

By the time she reached Carle, she was beside herself – worried for her family, worried for herself and worried that her sister might not make it in time to say her goodbyes.

When Carle neurosurgeon Wael Mostafa, MD, asked her to explain everything leading to her arrival, she finally lost it.

“I couldn’t even talk, I was so upset” said Thompson. “He got in my face and said, ‘You have to calm down. You’re going to send yourself into a stroke because your blood pressure is so high.’’’

It was that stark warning, followed by a gentle reassurance that brought her back from the edge.

“It was something that I will never forget,” Thompson said. “When he basically said, ‘I’ve got this,’ a big sigh went out of me. I knew from that moment on, I was in good hands.”

Tests soon revealed a nonmalignant tumor on her pituitary gland that left unchecked, could have led to blindness. Thankfully, however, the problem was caught in time, and with intense steroids, the tumor is now 99 percent gone with no surgery required.

“I am super, super thankful,” said Thompson, who credits Camfield’s insistence as the call that saved her life.

Since then, she has thanked her hero with a big hug and a Gold Star, a unique Carle recognition that lets grateful patients share their thanks for a job well done.

Studies show that expressions of gratitude can actually help with healing, and Carle encourages patients to give back with a Gold Star, donation or volunteering.

These expressions of gratitude inspire exceptional care, which in turn, leads to more gratitude in an endless cycle that helps us deliver transformative healthcare in our community. To learn more Carle’s Comprehensive Stroke services, visit https://carle.org/Services/Stroke-and-Endovascular-Program.