A mother follows her intuition 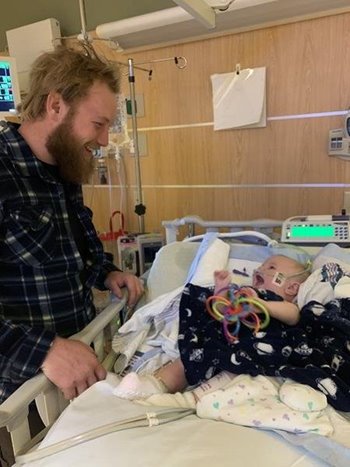 For parents, it’s scary when you have a new baby, and he or she becomes sick even after you do everything in your power to make sure that doesn’t happen. 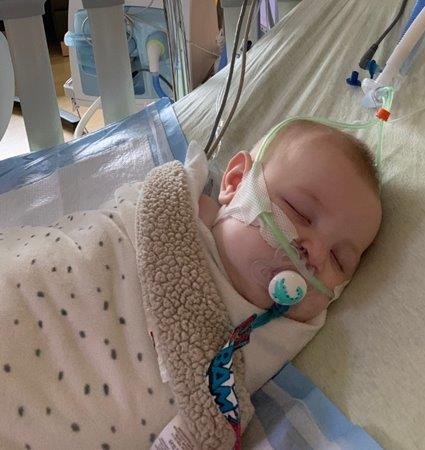 “I was a handwashing, don’t-touch-my-son-obsessed mom when it came to Waylon,” Kaitlyn Sanders said. “But he still got RSV, or respiratory syncytial virus.”

At the end of November, Sanders and her fiancé, Jake Persson, noticed that Waylon had a cough and wasn’t acting like himself.

“We took him to the Carle Emergency Department (ED) because we knew they have a pediatric floor,” Sanders said. “When the doctor came in, he said that he probably has RSV. But since Waylon was still eating, he didn’t want to admit him to the hospital. At the time, we were fine with that. We got sent home and were told to watch him.”

In the New Year, Waylon, now four-months-old, still had a lingering cough and started to get worse.
“He wouldn’t eat and was continuing to cry like he was in pain,” Sanders said. “He just wasn’t OK, so I decided to take him to the ED again.

“As soon as we got there, we were triaged and went back to a room where four nurses and a doctor met us. It was extremely hectic.”

From the ED, Waylon went to the Intensive Care Unit (ICU).

“Once we got to the ICU, they took Waylon from me and put him into a crib so the nurses could do what they do best,” Sanders said. “They had to put in a nasogastric intubation (NG) tube and also assisted his breathing.”
The first couple of days for Sanders and Persson were a blur. Unfortunately, Waylon wasn’t getting better, so the team put him on a ventilator through his cannula.

“We called this step 2 of 3. Step 3 would be intubation, but they were trying at all costs to not let this happen,” Sanders said. “He then got to step 2.5, which was increasing his ventilator a little more.”
With this increase, Waylon started to get better.

“He became alert and had energy,” Sanders said. “He was playing and even started teething. After his settings were low enough, we were able to move to the Pediatric floor.

“He began to eat as well and got the cannula out of his nose. He was so happy.”

Waylon was in ICU for nine days and the Pediatric unit for two. Regardless of moving a few times and floors, he received the best care.

“The care at Carle was outstanding. From the time we got there until we left,” Sanders said. “The nurses and doctors treated Waylon like he was their own.”

The new PICU will serve the most serious cases, like those that require total breathing support or more intense medications, as well as children and teens experiencing organ dysfunction.

“There will be six rooms located in the Pediatric Inpatient, which can accommodate up to 12 patients in the future,” said Pediatric Medical Director David Chan, MD. “Adjusting the level of care needed will also be easier when a child’s conditions change.” 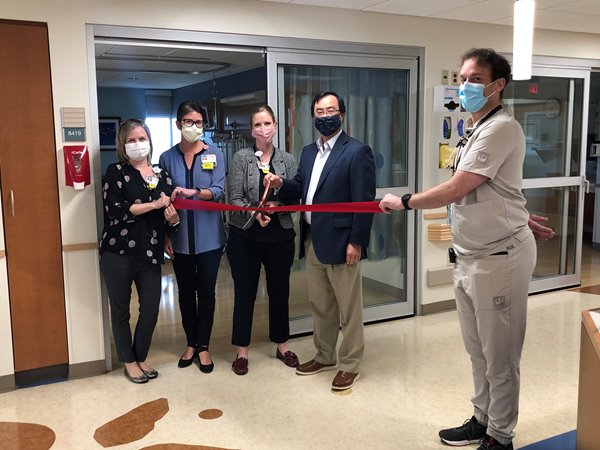 Now, all levels of pediatric care for children and teens will be on one floor to serve increased inpatient pediatric needs and services.

“We transported in 1,057 children last year, and in the month of December alone had to turn away over 30 children because we didn’t have adequate space,” said Kayla Banks, vice president of Women’s Services, Pediatrics and Quality. “We are more and more being seen as the regional leader in pediatric care and we want to keep children and families close to home.

“Carle can now care for up to 27 children in Inpatient Pediatrics.”

On top of the new PICU, Carle has already added 10 new providers in a variety of specialties, and staff with 12-16 weeks of additional training in critical care. This also means cross-training many current staff in all areas, so patients and families will see the same faces throughout the unit.