Mother: I have no doubt my son would not be here today 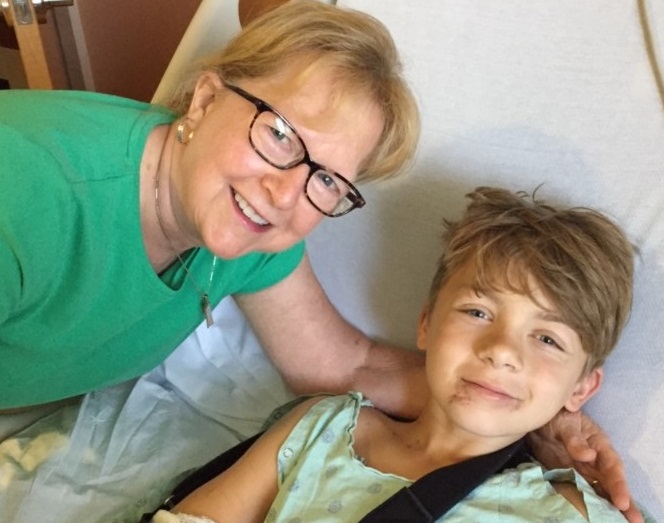 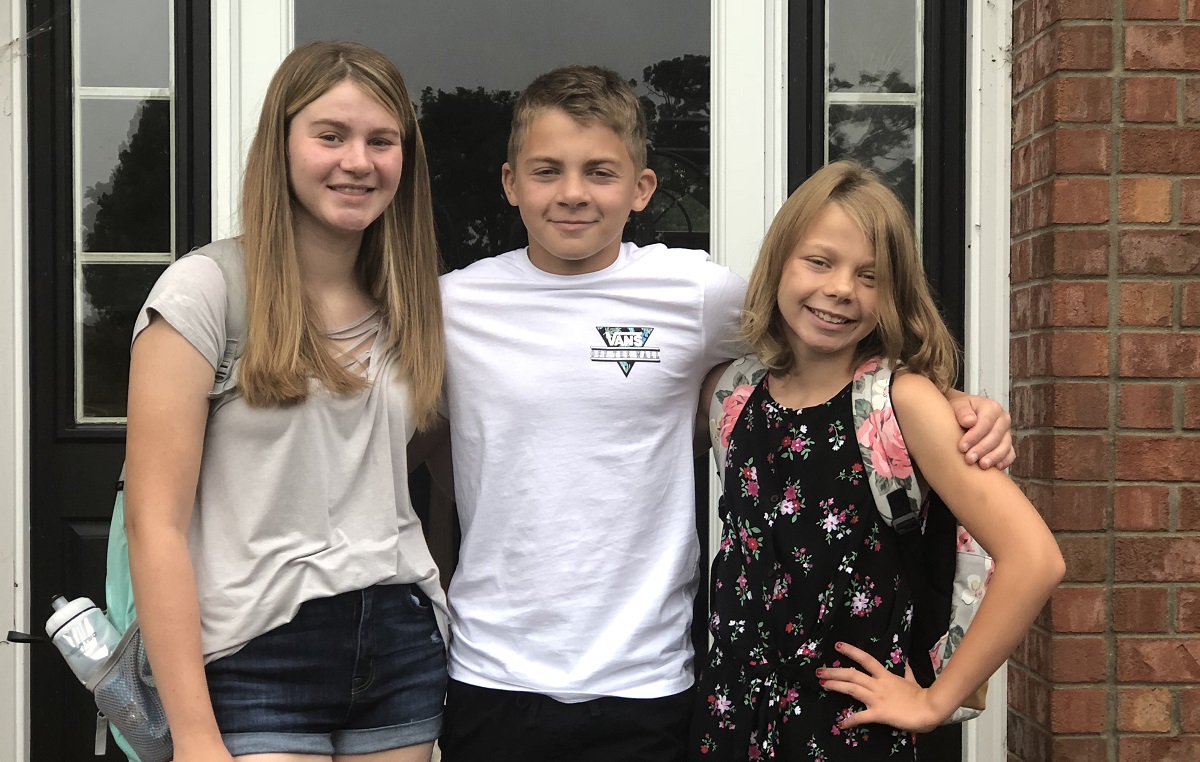 When we hear about Stop the Bleed, we most often think of frightening situations where severely injured people need help from those around them to survive. The campaign focuses on equipping people without medical training to use a tourniquet or pressure to stop life-threatening bleeding.

School shootings and the like aren’t the only risk, as Mahomet mom of three Andrea Gilbert knows all too well.

Last summer, Gilbert’s 12-year-old son Mitchell fell through a glass window during an innocent game at summer camp. A massive cut severed the brachial artery in his arm.

“By the grace of God, his coach was there and knew the proper first aid procedures to slow down the bleeding,” Gilbert said. “If not for her knowledge of that process, I have no doubt my son would not be here today.”

Paramedics from Carle Arrow Ambulance took over quickly, providing additional care on the way to Carle Foundation Hospital in Urbana. Carle Trauma Services and vascular surgeon Brian Wheatley, MD, partnered to get Mitchell into surgery only 20 minutes after he arrived.

Dr. Wheatley added, “The people on site knowing what to do right away saved Mitchell’s life. Had his coach not reacted quickly to stop the severe bleeding, our team wouldn’t have had the opportunity to do our work to get Mitchell back to his job of being a kid.” 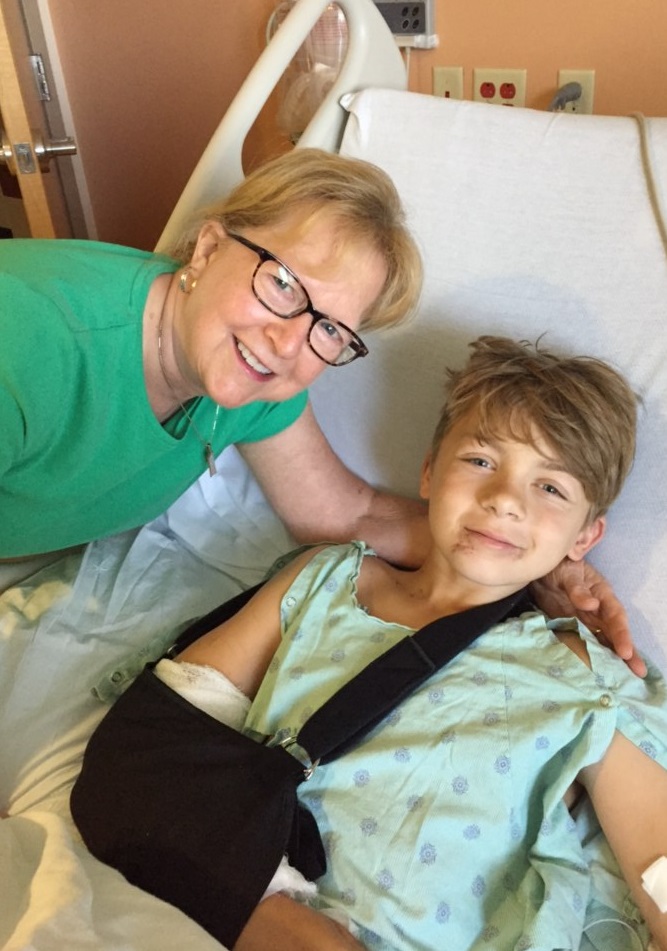 “He couldn’t swim, couldn’t do his rock climbing that he loved, couldn’t do any of the things boys his age do for fun,” Gilbert said. “We had a trip planned for Florida a couple weeks after the accident and were, thankfully, still allowed to go. … We found a skim board he could use on the beach without getting wet, and he was out there every day.

“He’s pretty resourceful and found a way around his restrictions.”

After weeks of physical therapy, Mitchell now sees Dr. Wheatley for artery monitoring every six months. He’ll have to have ongoing yearly artery checks, but short of a few aggressive sports he needs to avoid, Mitchell is back to being a kid. He even made it to the state finals in pole vaulting.

Knowing what to do – and not to do – in a scary situation produces positive end results like Mitchell’s.

“Training for this is something I never would have considered that I or anyone in my family would need to know,” Gilbert said. “Things are different now, and I know so well that this particular training is a literal life saver.”