First-time parents who once felt 'no hope' now support others 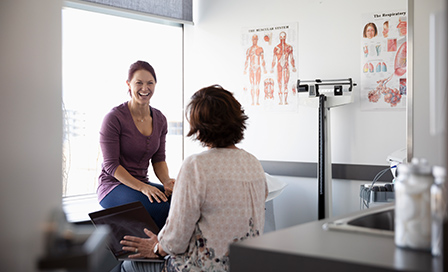 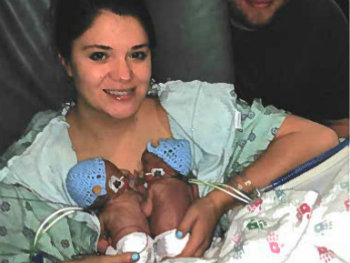 The two serve on Family Council Board to guide parents through those first moments can stretch into hours, days, weeks and sometimes months as members of the NICU “club.”

“The NICU is wonderful, but it’s unfamiliar and there are alarms going off. We want to help other parents navigate it and share resources,” Cody said.

Cody admits returning to the NICU for the first time was rough.

“In the moment, you’re focused on survival and getting through, so I wasn’t prepared for the emotional response. I almost collapsed. It all came rushing back, the good and the bad,” he said. Family Christmas set the stage for a gender reveal – and bigger news – twins. Along the way, celebration turned to fear. Doctors gave only a 7 percent chance of both babies surviving and a 15 percent chance for just one.

Rhett and Rylan suffered from twin to twin transfusion syndrome (TTTS), a rare and serious condition.

A whirlwind of tests and information, and then prepped for a risky surgery, the parents-to-be remained hopeful. The surgery was successful, but Brianna developed a complication, preventing her from carrying the babies to full term.

“We left Cincinnati with no hope. I cried all the time,” Brianna said.

“They listened to us, took time to make sure we understood the risks and supported our decision to proceed with our pregnancy,” she said.

That’s when their second story begins – one full of surprises, friendships and celebrations.

“We were so grateful they were at Carle, but you still can’t relax,” Brianna said. “One night, Rylan needed to be revived 10 times. His nurse, Alissa MacDonald, didn’t do anything other than care for him for like 12 hours – she didn’t eat or even take bathroom breaks. It was her mission to keep him alive.” The Sullivans remember wise words from Vitaliy Soloveychik, MD, Neonatology: “We always strive for excellence but it all depends on all of us. To give babies a best shot all of us must do our part – the medical team by providing the best care and parents by providing breast milk and Kangaroo-care (skin-to-skin contact).”

NICU babies are the smallest, but they are the biggest fighters.

“We all understand it’s a very stressful time for parents. It’s not how they imagine the first days of their babies life, so we o support them in any way we can,” Dr. Soloveychik said. 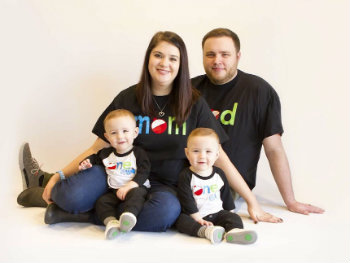 at Carle, attending the annual NICU reunion and sharing their boys’ progress.

“We just celebrated their second birthday, and they are doing so well,” Brianna said. “We were told to anticipate development delays or cerebral palsy, but all signs indicate their vision, ears and motor skills are all fine. They are amazing.”

They’ve learned to say “dadda,” “ball” and “bubba,” and Cody said they often tag along to the driving range for some fun.

“Everyone in the NICU deserves a Gold Star. They showed patience, perseverance and urged us to never give up,” Brianna said. “They were right; it was up to our little fighters. They still fight today, but now it’s to go to bed, take a bath or get in the car.”