Taking the time to get it right 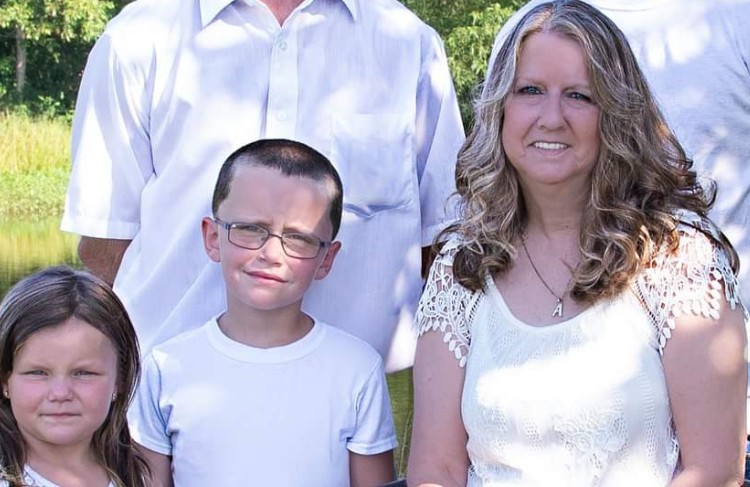 For about two years, Angela Hawn couldn’t grasp why the pain existed, but it did.

On a given breath, tightness and a twinge of pain accompanied her exhale. Sometimes the pain surfaced when she ate. There were moments it was so bad she had to go to the hospital – in fact that happened multiple times.

The life she had known – as a 55-year-old mother of two and grandmother of two from Mason, IL, just south of Effingham – was changing. What she needed was an answer, but that turned out to be difficult to come by.

Carle vascular surgeon Brian Beeman, MD, said his heart went out to her, and that’s why he felt the need to press on and find answers.

Dr. Beeman believed Hawn was suffering from celiac artery compression syndrome; a rare diagnosis that comes with an inherent risk. Patients often need exploratory surgery to determine the accuracy of the diagnosis. This was especially true for Hawn, because she didn’t exhibit all the classic symptoms. 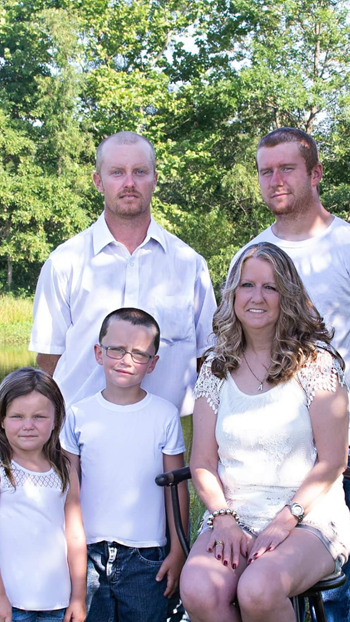 “I started having sharp pains, like a gallbladder attack, and this went on for about two and a half years,” Hawn said. “The first time, I was going to go to the emergency room, but before my mom could take me the pain went away. For a while, the pain would be there but would go away quickly, so I just blew it off.

“That got worse two years ago, and I went to the hospital twice – once for five days, the second time for four days.”

Dr. Beeman even saw a common thread through the patient’s electronic medical record. Despite the best efforts of Hawn’s primary care providers and the others who saw her upon each hospital visit, confusion remained about a diagnosis.

During the exploratory surgery, Dr. Beeman and the surgical team could fix the issue if it did turn out to be celiac artery compression syndrome.

But the surgeon’s preference was first to wait.

“After I first met with Angela, more than a month went by before we performed the surgery,” Dr. Beeman said. “What would’ve haunted me was rushing into an unnecessary surgery.”

Hawn chose the surgical option, and, much to Dr. Beeman’s delight, it was the right course of action.

“The abdominal aorta sits right by the spine, and there are certain muscle bands that, for most of us, do not cross that artery,” Dr. Beeman said. “In this case, those muscle bands were very tight and situated right over the opening to that artery – causing Angela’s discomfort. To take care of it, carefully without injuring the celiac artery, we have to divide all of those and remove them. In this instance we found what we suspected.

“Now, six months later she’s not having the chronic abdominal pain, the weight loss or, especially, the bloating she had before.”

The path to this point was winding, and Hawn still experiences some discomfort. Still, she’s able to do much more around the house than before.

And she doesn’t experience complications during simple acts, like eating or sleeping.

“There’s a reason why I’ve gone to Carle for 30 years,” she said. “Everyone there is knowledgeable, caring and very thorough when explaining things to me. Dr. Beeman is an amazing surgeon and very easy to get along with.

“The entire surgical staff – from the nurses to techs and other doctors – checked on me every hour. They take their job seriously, but I was also impressed with their caring nature.”

To hear the way this patient found relief, even after knowing the surgery was a success, is the moment Dr. Beeman relishes.

His job comes with stress. The vascular surgery team often deals with patients in moments of crisis.

This instance was a little more manageable than others, and it provided another moment of clarity for the surgeon who started at Carle in 2016.

“This is the thing that inspires us and keeps us going,” Dr. Beeman said. “All of us, as a healthcare team, talk about moments like this. We remember this during the darkest of moments; if, say, a patient goes through a catastrophe that we can’t offset.

“This kind of success with Angela help us wake up in the morning, look in the mirror and confirm we’re proud to be a part of this profession.”