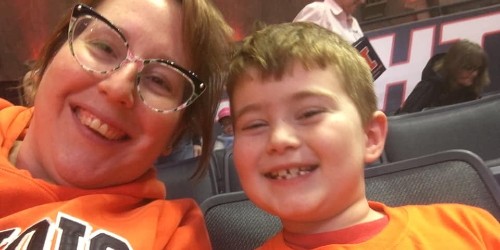 Five years from her last seizure, Kristen Neaville came back to Carle with tears in her eyes to celebrate with neurologist Graham Huesmann, MD/PhD, and his staff at the Epilepsy Center. 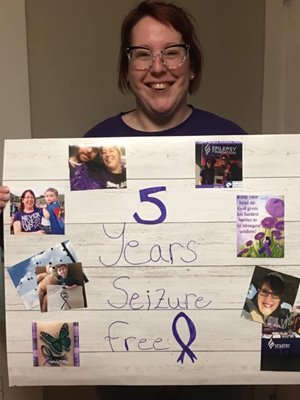 With a card and a few pictures in her hands, Neaville wanted to express the kind of impact he had on her life. She’s had seizures since she was 10-years old. Now, at 34, she finally has everything back in her life that epilepsy threatened to take away.

This includes consistent work, being worry-free around her son and possessing a driver’s license.

“Previously, I survived with epilepsy, but the older I got the harder it became. My seizures weren’t under control, and that led to some of the scariest experiences of my life,” Neaville said. “After meeting Dr. Huesmann, I got my life back.”

Neaville’s seizure-free anniversary served as a perfect time to reflect. And, for Dr. Huesmann, it came at the same time he’s readied the Carle’s Epilepsy Center to help more patients like her.

Four new doctors recently joined in the past year to help manage this patient base successfully. Another, hired at Christie Clinic, will also be a fully integrated part of the epilepsy team.

These new doctors’ areas of expertise perfectly align with the team’s efforts. They include: “It was incredibly sweet of Kristen to return and celebrate with us,” Dr. Huesmann said. “I’m grateful because it reminds us of why we do what we do, and it inspires us to continue advancing the care that we offer.

“With the additions to our staff, the opportunity to help people increases exponentially.” 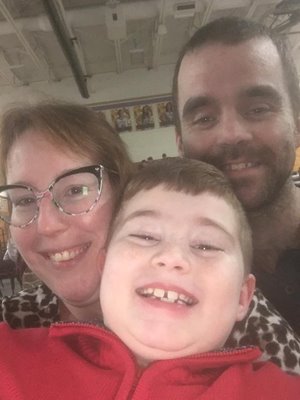 First, the patient experiences small scale seizures, or aura, for many years. They also might not notice or ignore, because of the symptoms being hard to notice. There might be a strong sense of déjà vu. Or a person has a strong feeling of anxiety, out of the blue. Maybe they notice a smell others don’t. On rare occasions, a person will hear music when there is none playing.

The aura become more frequent over time. Then more of the brain is a part of each seizure, leading first to lost time events and eventually full-blown generalized seizures. The longer seizures go untreated the more likely they are to cause permanent injury to the brain. In the case of temporal lobe epilepsy, which can include the hippocampus – a deep brain structure involved in making new memories.

In some cases, medication is not enough to control seizures. Physicians consider brain surgery as an option, if the medicine can't control seizures. But surgery becomes an option only after close monitoring in Carle’s Epilepsy Monitoring Unit (EMU) and other testing occurs.

In Neaville’s case, this did result in her being a good candidate for brain surgery.

“Kristen became our first temporal lobe surgery candidate after the workup,” Dr. Huesmann said. “She had injured the hippocampus enough that it wasn’t helping her memory at that point. It was a seizure generator, so taking it out was the best hope of treating her epilepsy.”

Surgery that solidified a new future
Although frightened by the prospect of brain surgery, Neaville also knew this was her opportunity to fix something that had been wrong in her life for too long.

After recovering from the surgery and not suffering any speech issues, Neaville became excited about what could happen next. First, she slowly reduced her epilepsy medications.

She noticed her aura again on a couple occasions, but didn’t experience any more seizures.

Neaville then returned to work. When the time was right, she took Dr. Huesmann’s advice and got her driver’s license back. She even has full confidence around Jayden, who is now 7 years old.

This progression prepared Neaville to tackle her next goal – epilepsy advocacy.

“I want to help others and talk to people who are experiencing what I experienced,” she said. “With epilepsy, it’s easy to feel very, very alone. I want to tell people they’re not alone. I want them to know we can help each other, and things can get better.”