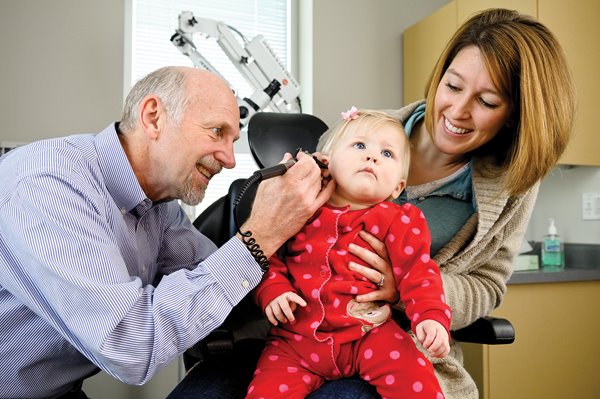 There have been many firsts in the career of Michael Novak, MD, as an otolaryngologist, an ear, nose and throat doctor – from spearheading Carle’s participation in the first national cochlear implant trials to performing the first pediatric cochlear implant in the state.

But as he nears the end of his distinguished career, he’s less concerned about the firsts and more about making a difference that lasts. His top priority in retirement is raising support for an endowment that will continue the work he started for many years to come. 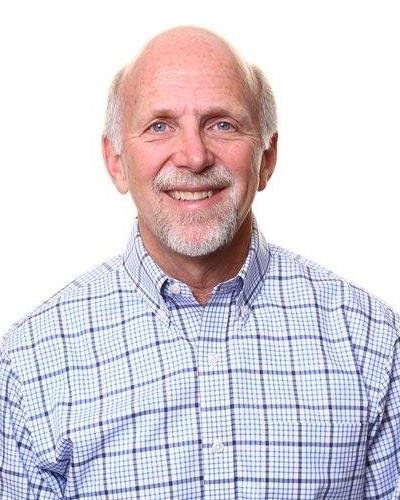 For Dr. Novak, his passion to help children with hearing loss all started during the early days of adult clinical trials in 1983.

“I remember sitting in Los Angeles at the training program and saying, ‘Maybe someday, if this goes well, we can have children grow up using their hearing and speech like any other kids in the neighborhood,’” he said.

“Someday” began just three years later when he created the ECHO program at Carle in 1989. Short for Expanding Children’s Hearing Opportunities, the innovative program brought a dedicated group of pediatric audiologists, speech pathologists and educators for people with hearing loss together in one team. It was another major first, but it was missing one important tool.

“We would put these devices into kids, give them all of this potential and send them back to their home, which could be in the Chicago area, because we were the only program in the state for the first four years,” Dr. Novak said. “It became really obvious that education and working hard with kids in the first five or six years of life was going to be key to long-term success. But there was no place in Illinois where that could be done.”

To solve that, he partnered with the St. Joseph Institute for the Deaf in St. Louis to create a satellite school at Carle, which eventually became the Carle Auditory Oral School. This unique program gives children the speech and auditory skills they need to successfully transition to traditional schools.

In 2008, the ECHO program, which includes the school and the Pediatric Hearing Center, received its own dedicated building.

Everyone was there – from Carle leadership and board members to construction people who helped complete what could only be called a labor of love.

“They did stuff for us that they didn’t have to, just to help take care of the kids,” Dr. Novak said. “And to see that come together was a huge step on a path. It really was an indescribable feeling. You couldn’t wipe that grin off my face with anything.”

Dr. Novak says philanthropy has played a huge role in the program from the beginning.

“We couldn’t make ends meet without Carle Health Center for Philanthropy. The golf tournament money they’ve generated for us over the years and all the donations from the community have made a huge impact on our ability to do what we do.”

And that’s why he became Carle’s first physician advocate in 2013. In this role, Dr. Novak serves as a liaison between philanthropy and fellow physicians.

Today, however, his main mission is raising money for an endowment, which will help secure ECHO and sustain its services for future generations.

“We should be taking the tremendous talent and resources that we have in this region and doing things that are good for our community and then educating the rest of the world,” Dr. Novak said. “Carle has everything in place to do this. We can continue to be a beacon for these kinds of services in central Illinois. We can do it. We should do it and expand our reach to help more families.”

If you’d like to honor Dr. Novak and his career with a gift to an endowment to support the ECHO/Carle Auditory Oral School Endowment, please contact Carle Health Center for Philanthropy at (217) 383-3021 or philanthropy@carle.com.