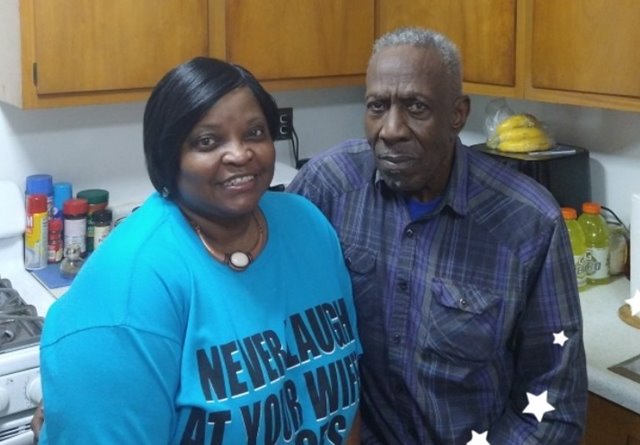 Lung cancer is one of the most difficult illnesses to battle as discovery shows damage already done. Just ask James Pelmore, of Urbana, who has been doing battle with lung cancer since 2014 when he had part of a lung removed.

But Pelmore has turned it around thanks to radiation therapy received at Carle.

Despite two recurrences of the cancer in 2015 and 2016, he is now cancer free at age 74 after receiving a focused form of radiation called stereotactic body radiation therapy. It was not easy as until a year ago Pelmore worked a backhoe doing road construction and he did not want to take time off of work during construction season.

“I didn’t get docked for leaving the job,” Pelmore said of his 30 years on the job. Raised in Mississippi, he quit high school, moved to Illinois when he was 17 and started working two jobs right away. His work ethic mirrors that of a younger brother who at 72 is still working in construction.

Impressed with Pelmore’s attitude, Sinisa Stanic, MD, Radiation Oncologist and medical director of Carle Cancer Institute, worked with him on his schedule so he could have effective treatment and still not lose work time during the warmer months of the year.

“He is such an inspiring story,” Stanic said.

Carle’s treatment option, available in Urbana and Normal, is unlike others in Illinois.

“Eight of 10 patients have a chance for good outcome with the radiation treatment if diagnosed at stage one,” Dr. Stanic said. “With higher cancer stages, the cure rate, defined as 5-year survival is two to three of 10 patients.” 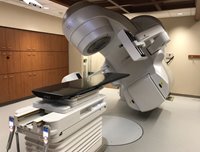 which provides accurate and very concentrated doses of radiation. The equipment shapes the radiation beam, mirroring the tumor’s size and shape and delivering a very precise dose. At the same time, the process spares normal tissues. In 2018, Carle Cancer Institute installed a new state-of-the art radiation therapy unit – Varian TrueBeam, which is now utilized for delivery of pinpointed radiation therapy.

Dr. Stanic said patients experience higher doses per treatment session of radiation, but fewer treatments. Success rates for stage I lung cancers are 80-90% and even higher in contrast to 40% to 50% success with conventional radiation treatments of cancerous tumors.