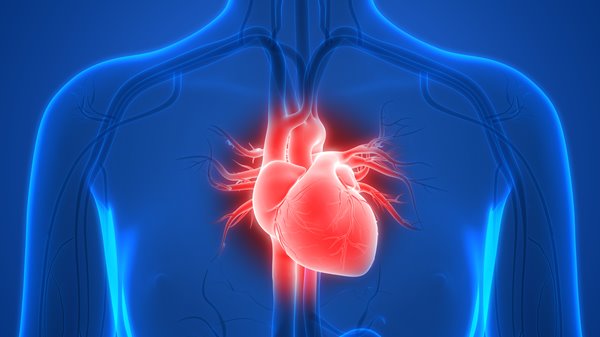 Before birth, your heart changes as it grows and develops. During this process, our heart uses a foramen ovale, or a hole that allows for blood to pass around the lungs. It is a tiny opening between the upper chambers of the heart, but after birth, this hole is no longer needed. For many, the hole closes on its own within a year of being born, but for about 25% of people, the hole never closes.

When the foramen does not close, it becomes a patent foramen ovale (PFO). Around one in four people have a PFO, and for the majority of those people, they never experience any complications from this condition.

“The PFO remaining open is very common,” Issam Moussa, MD, MBA, Heart and Vascular, Clinical Investigator, Interventional Cardiology said. “It’s unknown why it remains open, but for many, it doesn’t cause an issue. You can live to 80, 90 without issue.”

But a minority of people with PFO may develop health issues in the future. These complications can be dormant until a person is an adult when they can suffer from a stroke related to the PFO. Also, many of those patients may have migraine in addition to having had a stroke. 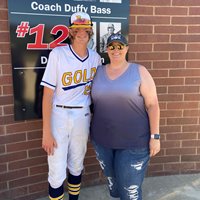 “I had migraines since I was 17,” Sara Schweigert said. “Before the [PFO] closure, I had headaches every day.” Schweigert’s discovery of her PFO came after a visit to her neurologist in 2021 to address the return of her headaches. An MRI revealed she had a stroke, and battery of tests uncovered her condition. Schweigert experienced another stroke, and due to her ataxia or lack of balance, and right-side weakness, she was advised to close the PFO.

Unlike other procedures related to the heart, a PFO closure procedure does not need the patient to undergo general anesthesia, only mild sedation. A small catheter with a camera and a device called an Amplatzer™ enters the body around at the groin. The camera is then used to guide the device which then closes the PFO. Because the PFO procedure is minimally invasive, the patient was able to go home on the second day without any complications.

“I was a little nervous that I’d be awake for it, but the procedure went smoothly with no pain whatsoever,” Schweigert said.

With her procedure behind her, Schweigert happily reporters experiencing no headaches or migraines. “I went from headaches every day to not even carrying Tylenol with me,” Schweigert said. Because of promising results like hers, Dr. Moussa hopes to see further studies into PFO’s connection with migraines.

“The number of patients who receive PFO closure after a PFO-related stroke remains low because the PFO may not be identified or their care team may not recognize the relationship between PFO and stroke,” Dr. Moussa said. “It’s a matter of identifying and referring patients to address their PFO as well as study it’s relation to migraines if they happen to have migraines.”

Dr. Moussa would one day like to see a more organized national study which follows up on patients with migraines who respond to the PFO treatment to truly understand the relationship between PFO and migraines.

“People have been studying PFO’s relation to stroke for 20 years,” said Dr. Moussa. “People who experience migraines also have a high prevalence of PFO. After closure, many responded favorably to the procedure and their migraines improve or disappear. Yet, the clinical studies that were done to evaluate the impact of PFO closure on migraine weren't robust enough to prove its benefit.”

Schweigert too hopes that future research helps connect PFO closures to migraine relief. “If this can help anyone else with a migraine, I’d be proud to help. This really changed my life.”

For more information on PFO and PFO treatments, visit Carle.org.

Carle Hospitals lead in clinical excellence in 2023 from Healthgrades®