Under the weather, parents ask: go to doctor or no? 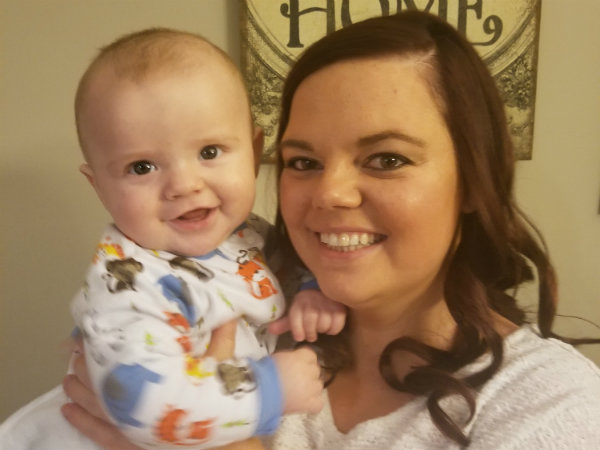 Everyone seems to get it – the runny nose, the sneezing, the coughing, and overall unhealthiness. So should you be worried? Is it the cold? The flu? Can it be something more serious? Should you see a doctor?

Brittany Schaub of Fisher asked many of these same questions when her 5-month-old son Emmett was extra fussy and struggled to breath. Familiar with the symptoms of respiratory syncytial virus, RSV, and how serious it can be for babies, she didn’t delay in seeking care.

“His breathing was labored. I could see him pulling in under his ribs,” she said. 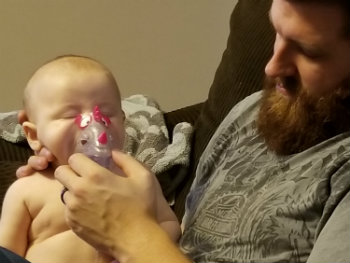 She first took her son to Convenient Care and then followed up primary care where he was diagnosed with RSV and a double ear infection.

For two weeks, Emmett struggled to keep milk down. He lacked energy and became dehydrated. He eventually lost his voice from coughing. Even with all of her care and oversight, Schaub had to take Emmett to the Carle Emergency Room and was diagnosed with bronchiolitis but tests showed he was still getting proper nutrition.

“Our experience was amazing,” she said. A short wait and a pediatrician on call helped to calm her nerves. “The nurses got such joy out of seeing my little man.”

“What we were doing was working, and his body just needed to ride it out,” she said.

Anna Ziemer, MD, said most healthy infants who get RSV don’t need to be in the hospital, and most who are improve with supportive care, such as oxygen or fluids, and go home in just two or three days. When older children or adults catch RSV, it looks like a cold with cough and runny nose.

Emmett’s care once back at home included breathing treatments every four hours and Tylenol.

Caring for her son at home the past month, Schaub said she’s been fortunate to have helpers and a flexible employer. Schaub works for Health Alliance, part of the Carle health system, which recently earned national Great Place to Work® in Healthcare for 2018 honors.

“My supervisor was supportive and made sure I was taking care of Emmett first. She let me work from home as I was able,” she said. The holidays were a mixed bag for the Schaub’s. Not wanting to spread RSV to others, they chose to stay away from numerous celebrations.

On the mend now, Emmett is starting to stand. He’s mimicking his older brother, Jaxson, and learning to sleep in his crib. He’s also gaining back some weight he lost while he was sick.

With answers to some RSV questions, Dr. Ziemer, soothes parents and runny noses, too.

How common is RSV?

What are the symptoms?

What can you do to protect kids?

How do you know when it’s serious enough for a doctor visit or the even the Emergency Department?

It can be really difficult to tell influenza from RSV as both have very similar symptoms including cough, runny nose and fevers. While some cases of RSV are severe and may require hospitalization, most cases can be treated at home like you would for any other cold.

Dr. Ziemer’s advice is if an infant has been exposed to anyone with the flu, it’s worth seeing a doctor.

“With flu, we tend to see more body aches, headaches and fatigue but this can be hard to determine in a young infant. Testing would be helpful,” she said.