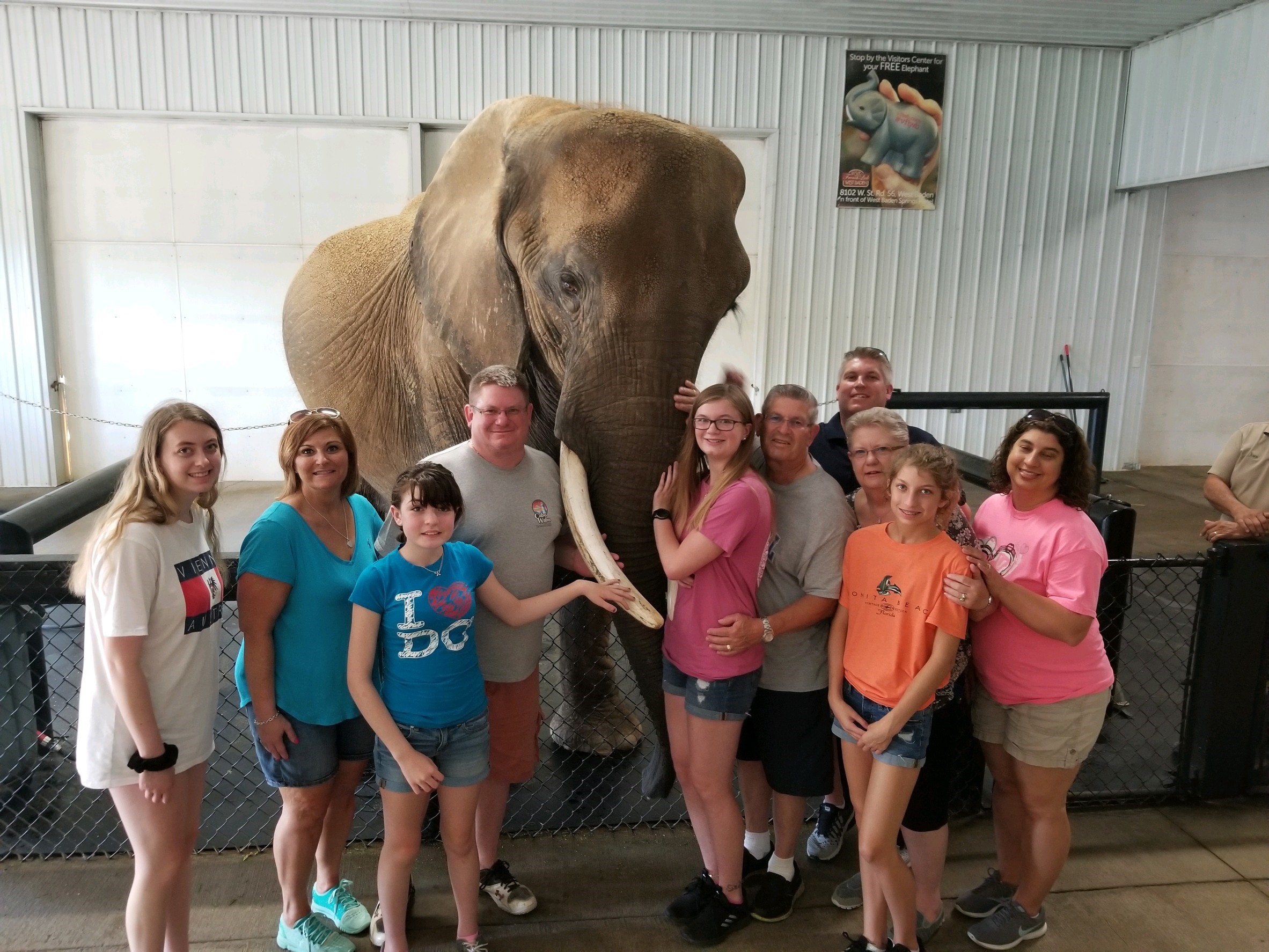 “When we walked in, Mr. (Gary) Scroggins was sitting in a chair. He complained of throat tightness and chills, which aren’t normal heart attack symptoms,” said TJ Correll, Carle Arrow Ambulance paramedic. “Earlier in the day, he mentioned he’d been in contact with house cats. This led us to believe Gary was experiencing an allergic reaction.”

After having Scroggins take a few steps, Correll and his partner, Shelby Doggett, Arrow Ambulance Emergency Medical Technician (EMT), noticed his coloring change to gray and he became super sweaty – classic signs of a heart attack. So Correll and Doggett loaded him into the ambulance and monitored his vital signs on the way to Carle.

“At this point, we realize it’s a cardiac event and followed the protocol. We transmitted Gary’s electrocardiogram (EKG) to alert the hospital staff a person having a heart attack was coming in – an inferior wall heart attack,” Correll said.

Timing is crucial during a heart attack because the heart’s muscles are dying. As Correll puts it, “Time is muscle. The faster we get someone to the hospital, the faster we can get them to the catheterization lab and the sooner the doctors can pull out a clot and make the blood flow back to the heart.”

Scroggins remembers feeling strangled in those moments. But thanks to Arrow’s new location in Savoy, help was available quickly.

“It happened around 10:30 a.m. and of course, Arrow is right down the street. Those guys were on top of everything, and by the time we got to Carle, the doctors and nurses were waiting for me,” Scroggins said.

For this ordeal to happen to Scroggins is out the blue as he’s been healthy.

“It took us by surprise because it hit him out of nowhere,” said Terry, Scroggins’ wife. “But calling Arrow, getting to Carle, diagnosing, visiting the Cath Lab, having the procedure, and then, the doctors coming to talk to my son and me, it had been less than an hour and 45 minutes. Him being here is 100 percent due to the guys in the ambulance letting the hospital know.” 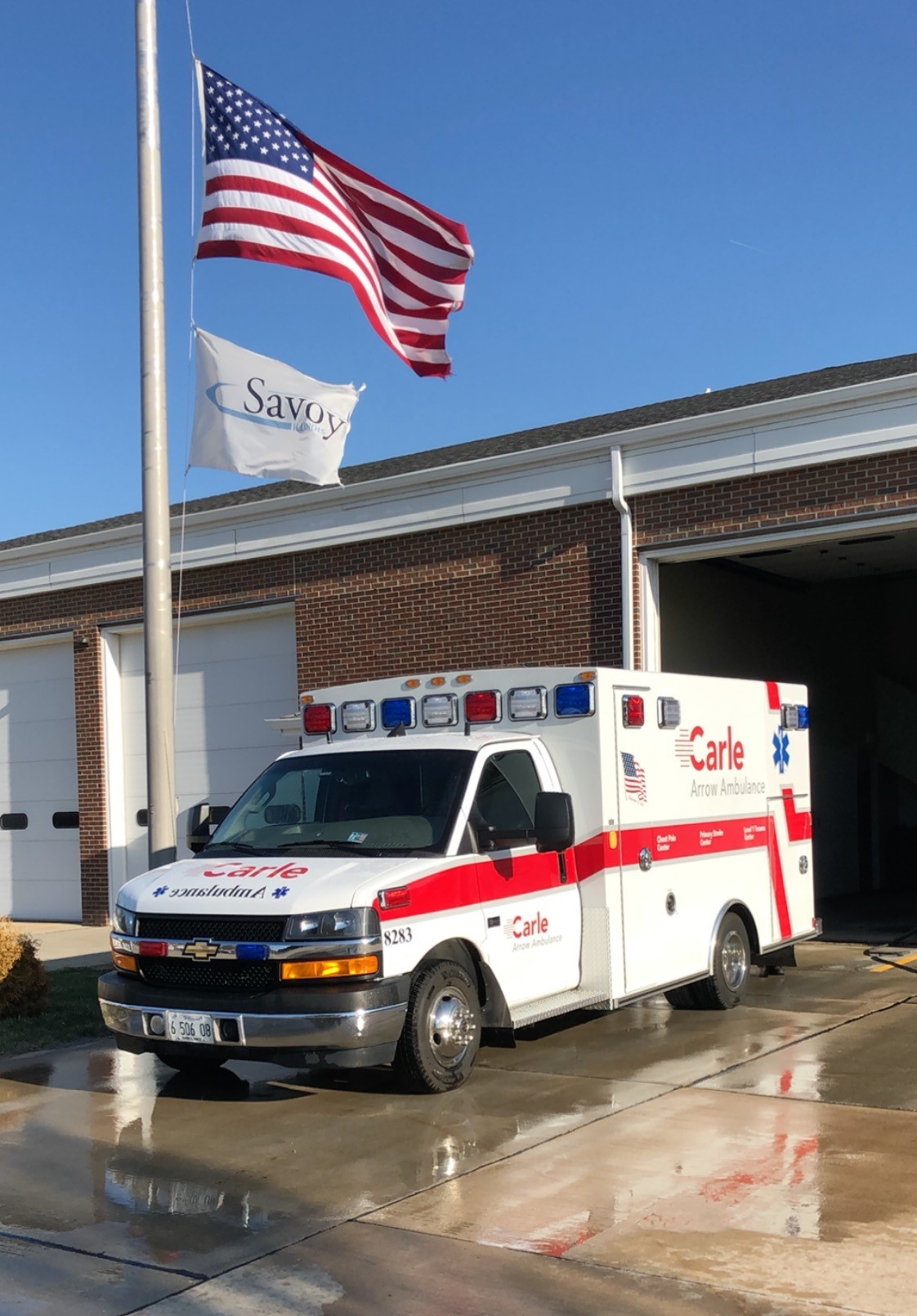 As Correll and Doggett were loading up their ambulance to leave Carle, they saw Terry and her son pull up, so they made  sure the two of them found their way to Scroggins.

“They told us what was going on and made sure we got back to my husband before he went to the cath lab. They could have got into the ambulance and pulled away, but they went above and beyond,” Terry said.

Even though Scroggins’ stay at Carle lasted only 48 hours, he’s grateful to everyone who helped him.

“The ambulance guys were fantastic and so were the people at Carle, as wonderful as can be,” Scroggins said.

Scroggins feels better than he has for the last two years – not tired anymore. He’s retired but does odd jobs. He and his wife recently went on vacation with three teenage girls, and it’s safe to say they survived.

“We’ve had several medical things in the last few years and credit Carle for mending us. We wouldn’t go anywhere else,” Terry said.