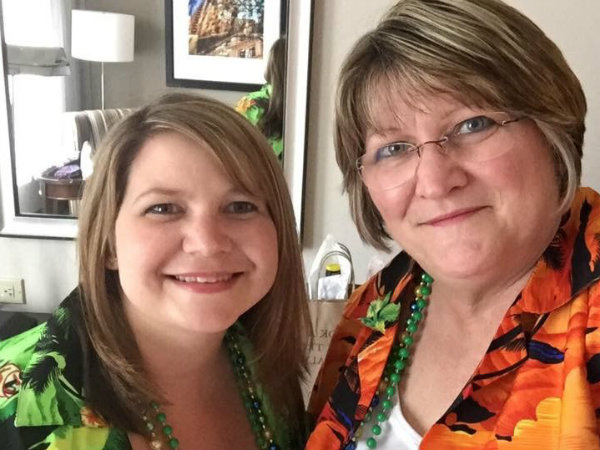 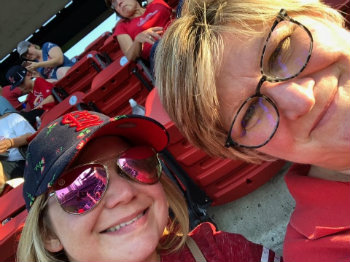 Dee Emmons said she couldn’t remember when she had her last mammogram. Carle recommends them yearly over age 40.

“I was bad. It had to be eight years or more and something told me I should go,” said Emmons, 60, from Jacksonville, IL.

As a new Illinois resident, she felt compelled to get established doctors and her maternal grandmother faced breast cancer years ago. Rumors breast cancer was generational and genetic nagged at her.

“It’s important for women to take care of themselves and focus on preventive care,” Maria Grosse-Perdekamp, MD, said. “With new tools and added comforts, I hope women will take the important first step in cancer screening.”

Carle offers both 2D and 3D mammography. Patients should check with their insurance provider before scheduling. Scheduling is available by calling (217) 383-6636 or through MyCarle.

In February, Emmons made an appointment for a 3D mammogram. The results required follow up. Her second look included an ultrasound and then a biopsy. Her Springfield provider noted irregular edges.

The Jimmy Buffet fan, who attended his concerts since the 1980s, had made her annual plan to celebrate with her daughter but the breast cancer diagnosis threatened to ruin this year’s plans.

“I didn’t know where to turn to and who was the best, but Carle is it,” she said.

“Everyone knew my name. I knew what would happen next. I always felt like I was their only patient,” Emmons said.

Though receiving her care at Carle required travel, she felt it was the best choice for her and easier to have her family support system nearby and it didn’t hurt she had a dynamite all-female team.

“Dr. (Anna) Higham is a force of nature. She knows her stuff Dr. Higham was my oncologic surgeon and advocated for me to receive the best care and reconstructive plastic surgeon available. She spoke to me in ways I understood. I never felt rushed,” Emmons said. 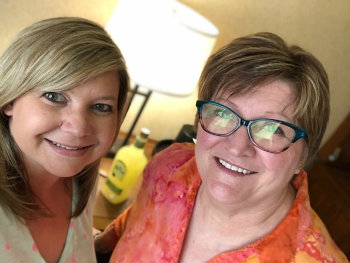 With support from her team, she discussed three options – mastectomy, lumpectomy or lumpectomy and a reduction at the same time for added health benefits.

Emmons selected a plastic surgeon in Bloomington and continued her follow up care split between Mills Breast Cancer Institute and Twin Cities in Bloomington for convenience.

“If you’re going to have cancer, I have the best kind. I was stage zero and nothing had spread,” she said. “But I had no indication, no lump, only the mammogram indicated a problem.”

Her team team of doctors and nurses put her at ease.

“From beginning to end, everything happened promptly. I just didn’t let myself worry, especially with the great confidence in my team. I knew I would have the best outcome possible for me – and my daughter.”

Emmons completed genetic testing so her daughter would have some reassurance and knowledge of her own chances of developing breast cancer.

Her treatment plan was aggressive and quick but allowed her to keep living her life with minimal time away from work and minimal disruption to her plans. She and her daughter kept their annual concert plans with even more to celebrate this year.

“I would tell anyone and everyone – if you have to go to through something like this, go to Mills. You won’t regret it – it’s wonderful,” she said.