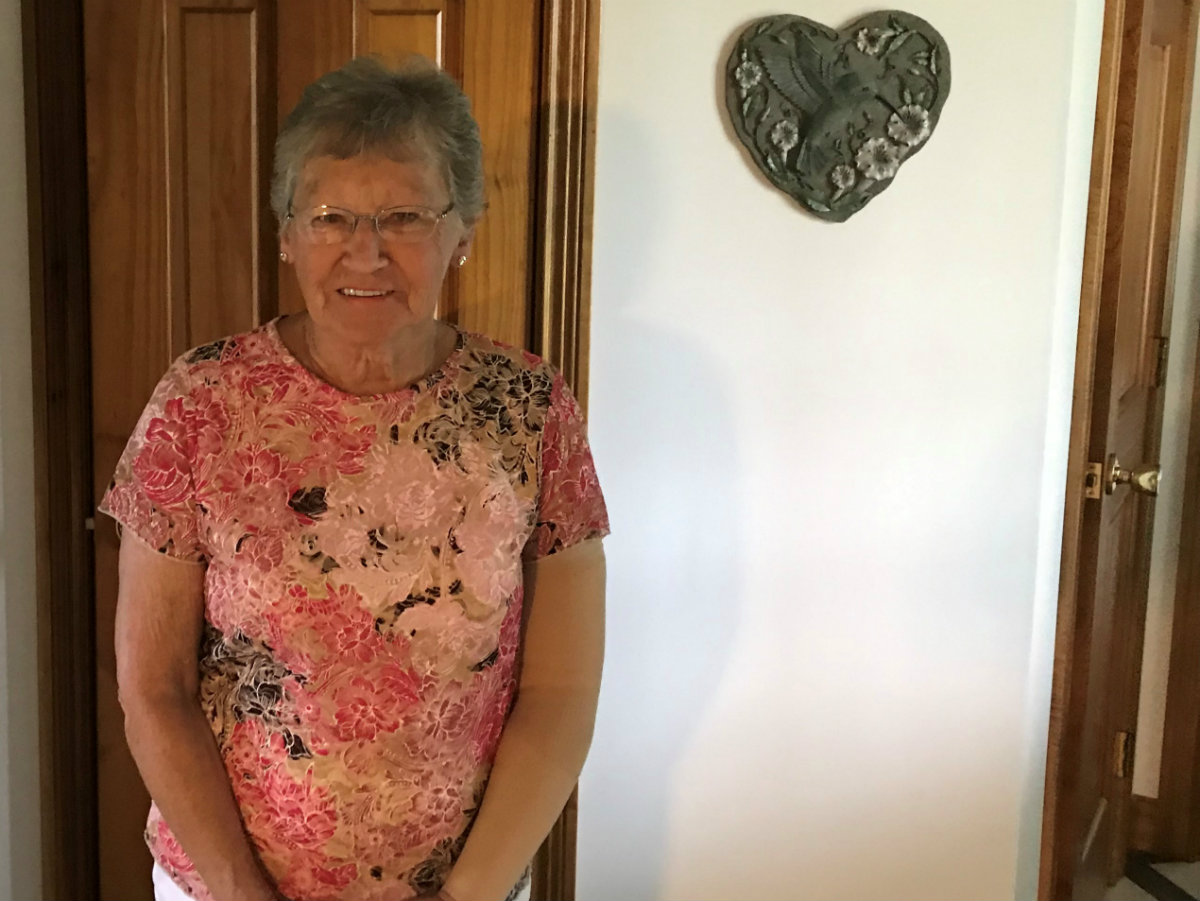 Mary Ellen Gocken was in remission from breast cancer when she noticed her left arm was bigger than her right arm.

“I was looking at my arms one day, and I realized something was wrong here,” Gocken said.

Gocken has lymphedema, a condition that results in disfiguring swelling in one or more parts of the body. Lymphedema can be hereditary, or it can occur after an infection, radiation, physical trauma or a surgical procedure. Gocken’s lymphedema occurred about 18 months after her mastectomy.

Now the Carle Lymphedema Clinic is raising awareness about the condition by stationing lymphedema therapists at the Mills Breast Cancer Institute. Post-op appointments now include a visit with a lymphedema therapist. While it’s too early to notice lymphedema soon after breast cancer surgery, the visit serves as a reminder of what patients should look for in the future.

“Not all will have lymphedema, but if we can provide some education, then they are on the right track earlier,” said Renee Daniels, director, Carle’s Rehabilitation and Wound Services. “There’s a period of time in which there is normal post-op swelling, but lymphedema could occur six months, 18 months, or even five or 10 years after surgery.”

Gocken’s lymphedema happened gradually. She experienced no pain from the swelling.

She underwent therapy twice a week at the Carle Lymphedema Clinic for seven weeks. Therapists massaged her arm and applied compression bandaging to prevent the swelling from returning.

Today Gocken wears compression sleeves and a glove overnight. She also uses a compression pump for an hour each day. While her arm is back to normal size, she still has one swollen finger.

“Lymphedema isn’t curable. Once you have it, you have it,” Daniels said. “But if you know about it early, you can take the steps early on to manage it.”

Gocken had read about lymphedema, but it was not top of mind after her breast cancer surgery.

“When they said you are going to have a mastectomy, that’s all you think about. But lymphedema is important – don’t overlook it,” she said.

She walks with friends and loves to take cruises. She’s also reminding others to watch out for lymphedema. Warning signs after breast cancer surgery include a feeling of heaviness or fullness in the arm, which often occurs before any changes are visible.

“I had no idea,” Gocken said. “I think that’s something women should know.”