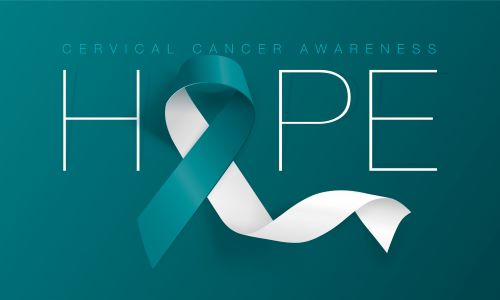 It is one of the most preventable and treatable types of cancer, it is more common among communities of color, and vaccination against the most common sexually transmitted infection in the US can protect against it. Do you know what it is?

It’s cervical cancer. And, according to the World Health Organization (WHO), if 90% of girls are vaccinated against Human papillomavirus (HPV), 70% of people with a cervix obtain cervical cancer screening on a regular basis and 90% of people with cervical disease receive treatment, it could be the first cancer in the world to be eliminated.

Georgina Cheng, MD, PhD, specializes in gynecologic oncology and sees patients at the Carle Cancer Institute at the Urbana and Normal locations. “In its early stages, cervical cancer may not cause any symptoms,” Dr. Cheng says. “The best approach is to take steps to prevent the onset of cervical cancer through regular checkups with your healthcare provider. Depending on a patient’s age a Pap test, HPV test, or both tests together might be recommended. Cervical cancer is highly curable when found and treated early.”

What raises a person’s chance of getting cervical cancer? The risk of cervical cancer is influenced by a person’s sexual history, immune system, health and lifestyle. It’s important to note that infection with one of two subtypes of HPV causes the majority of all cervical cancers.

What is HPV? Approximately 80% of all sexually active people have at some point been infected with HPV. It’s a common virus that usually will go away on its own, but if it does not, it may cause cervical cancer over time.  Anyone who has ever had sex is at risk for HPV with the highest risk level existing among those who started having sex at an early age or have been exposed to multiple partners.

No one should die of cervical cancer – it’s preventable, detectable and when caught early enough, curable. Knowledge is power when it comes to your health. Here are the three things you need to know about cervical cancer that can potentially save your life, a family member’s life, a friend’s life or someone else you know.

Number One:
Vaccinate. Nearly all cervical cancers are caused by HPV. The HPV vaccine helps protect young people from HPV infection. Get HPV vaccine if you are eligible, starting at age 9.

Number Two:
Test. Early detection saves lives. A regular Pap test or HPV test is essential. Beginning at age 25, anyone with a cervix should discuss what tests are available and appropriate with their doctor.

Additionally, Dr. Cheng explains, “If you are having any bleeding after intercourse, excessive discharge, vaginal odor or pain, it is important to have these symptoms evaluated. These could be a sign of cervical cancer, although most people will have no symptoms.”

Number Three:
Talk. Talk with your doctor or nurse, talk with family and friends. According to the American Cancer Society, more than half of the people in the United States who get cervical cancer have never had or rarely had screening tests. Get informed, take protective steps for yourself and share your knowledge with others.

The American Cancer Society estimates about 13,960 new cases of invasive cervical cancer will be diagnosed in the United States this year with about 4,310 people dying from the disease. Though these numbers have been dropping significantly as screening tests improved and the HPV vaccine became available, they are still higher than they should be. Cervical cancer is the most preventable of all cancers.

Share the message and join the effort to eliminate cervical cancer.