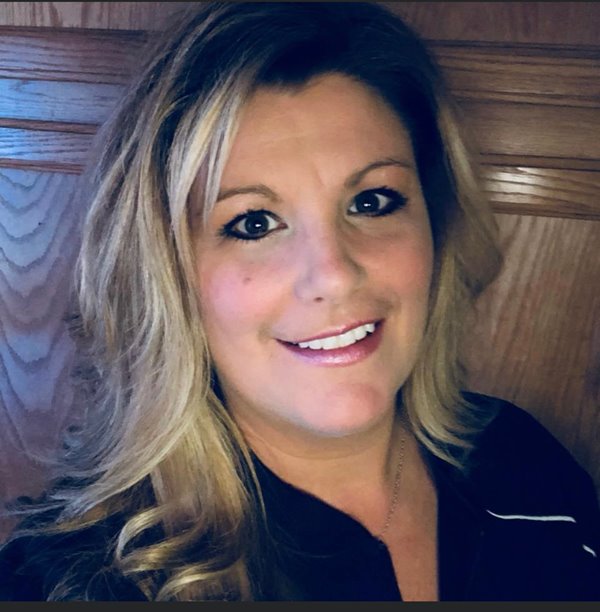 It has been nearly a year since Brandy Wilken learned she had uterine cervix cancer. After receiving a treatment only offered in the region at Carle, her last Positron Emission Tomography (PET) scan came back clear.

Now 46, she feels fortunate, and upon reflection blames herself for not following up on an HPV 16 (human papillomavirus) diagnosis in 2015. Her advice to others: “Get your yearly checkups and get the HPV vaccines.”

The mother of two sons, she said her oldest, who is 13, has received the HPV vaccine as a cancer preventive. Wilken said her concerns about cancer for herself date back to when she was 23 years old and had precancerous cells removed from her cervix.

After experiencing abnormal discharge in 2020, she contacted a physician for a cervical exam and he discovered a stage 1 cancerous tumor six centimeters in size.

Wilken received the most advanced form of internal radiation therapy for her uterine cervix cancer, high dose rate (HDR) brachytherapy. Brachytherapy is an

internal from of focused radiation therapy when a radioactive source goes directly next to the cancer inside the uterine cervix, allowing successful cancer eradication and avoidance of normal pelvic tissue, including the bladder and rectum, Sinisa Stanic, MD, medical director, Carle Cancer Institute Urbana said.

are very fortunate to have Georgina Cheng, MD, PhD, as our gynecologic oncologist,” Stanic said. The gynecologic oncologist and radiation oncologist work closely together to identify patients who are candidates for this type of curative radiation therapy. Dr. Cheng also does consults from other providers on the second and fourth Tuesday of each month at the Carle Cancer Institute Normal.

Wilken’s treatment involved radiation and chemotherapy at the same time and she received her chemotherapy under the care of Pratima Chalasani, MD, of Carle medical oncology.

“We have a strong team to deliver this curative cancer therapy for patients with uterine cervix cancer,” Stanic said.

A Loda resident, Wilken said she was having her treatments around the time when everyone’s lifestyle began changing due to the COVID-19 pandemic. There were 30 external radiation treatments, five internal radiation treatments and five chemotherapy treatments. She continued working in her job as a manager for an independent adjusting firm through the treatments, except for the last two weeks. She also experienced personal losses of her dear father and her grandmother.

By the end of May, her treatments had ended and the last PET scan done in August came back clear. “I had a great team. I am blessed,” she said.