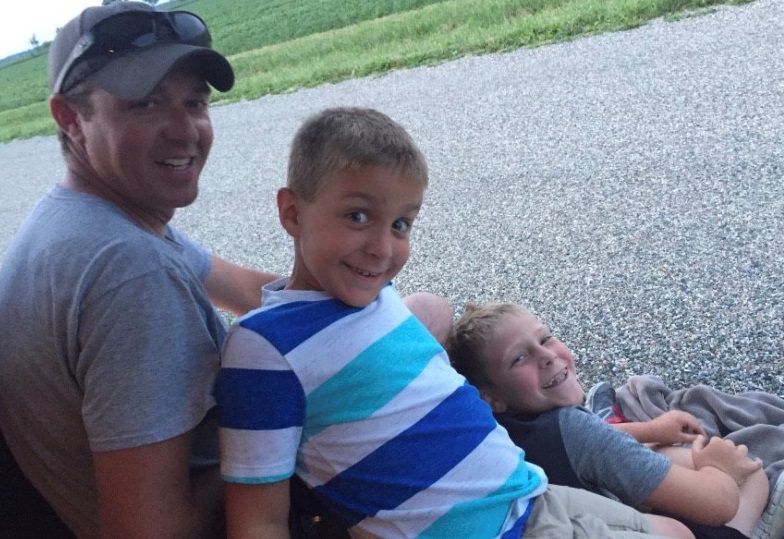 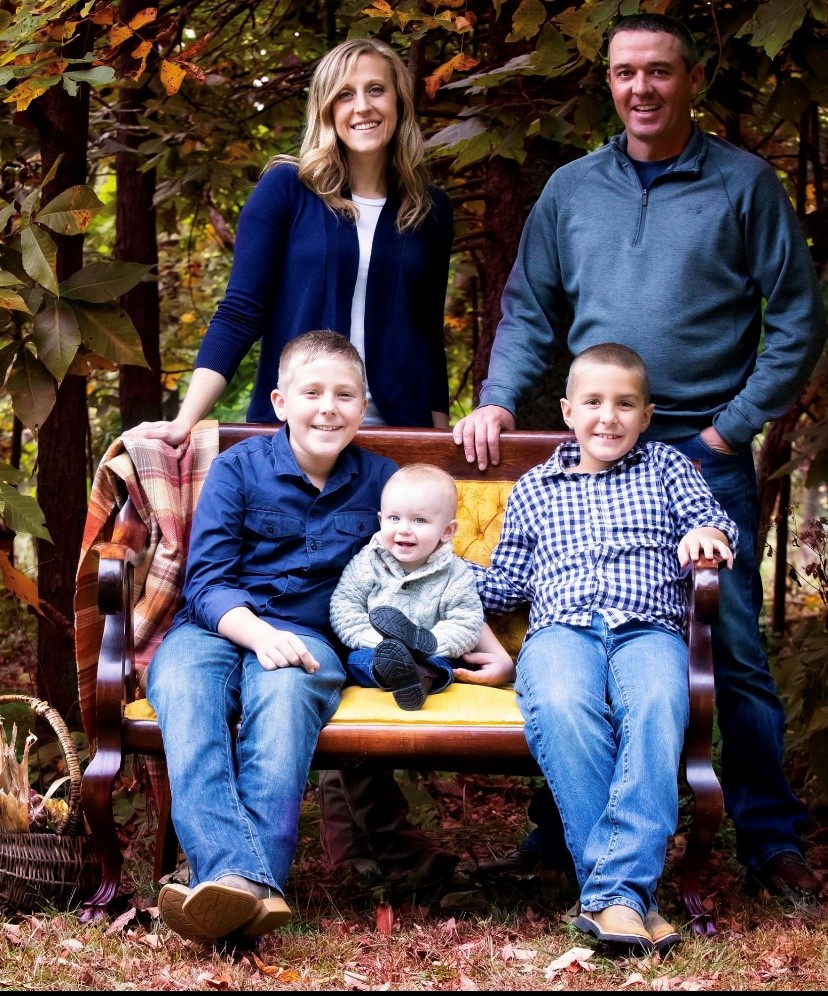 Kyle Ash’s wife says it best. “I think Kyle being young and stubborn has so much to do with his recovery. He made it clear from the beginning his goal was to get home to his boys,” said Amy Ash, Sidell. “His motivation to be the same dad he was before the stroke got him through everything.”

You might not see an active 36-year-old farmer with another full-time job and three boys to chase as a stroke risk. Thankfully, Amy knew something serious was happening and acted fast – even though her husband wasn’t showing the most common stroke signs: facial drooping, arm or leg weakness and trouble speaking.

“He was sick overnight and thought it was just a flu bug. The next morning he told me he couldn't see anything – absolutely nothing. That was the moment I loaded him and the kids in the car. I dropped the boys off with my parents and rushed him in.”

A thrombectomy saved Kyle’s life so he could be home and getting back to normal during May, Stroke Awareness Month. The procedure involves threading a catheter through an artery in the groin to reach and remove blood clots from the brain vessels.

But that came a couple of days after the quick trip to the Emergency Department while Kyle remained under close watch.

“I was actually feeling fine. But then I started cussing because I couldn’t say the words I was trying to say. They rushed me into surgery when my speech was impacted,” he said. To help people identify and act on stroke signs, some expand the FAST reminder to BE FAST, which stands for:

“Fifteen percent of strokes occur in patients younger than age 50,” he said. “Thrombectomies are done with increasing frequency in patients with ischemic stroke because clot-busting medications show limited success in some situations.”

After his procedure and for the next six weeks, Kyle got to know the Carle Inpatient Rehab staff well. So did Amy.

“Kyle’s inpatient therapists were amazing. They all pushed him to do more each day. They all knew he was there to work and to get out, and they supported him,” Amy said.

"Kyle’s whole team at Carle, from start to finish, was amazing,”

“We worked together on making sure his speech was clear and on various complex cognitive skills he would have done prior to the stroke, like money and medication management, sequencing and organizing activities, reviewing the formulas he used at work, and systematically planning a detailed home improvement project,” she said. “He displayed admirable determination to do whatever it took to work toward achieving normalcy for not only himself but also for his family.”

Eager to get back to work, Kyle said all he’s been through serves as a big reminder to remember what’s most important – Amy, his stepsons Jack and Will, and Miles, who will be 2 in August.

“It’s not that I won’t work hard, but it’ll be in a different manner. I’ll be more likely to head home instead of staying at work until all hours,” he said.

That suits Amy and the boys just fine.

“We are so thankful that out of all of this, he will be OK other than taking a pill every day to address the blood disorder they discovered,” she said. “We know not everyone has that outcome.”