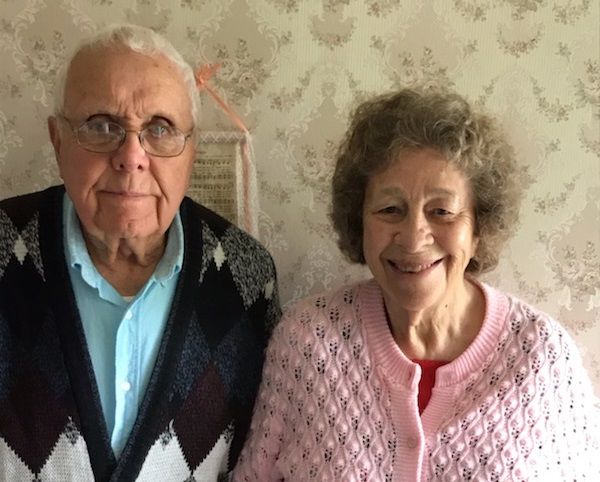 After bypass surgery in August 2017, Treva Fox, 84, thought her heart condition was fixed. Unfortunately, the surgery was just the beginning. She experienced shortness of breath “for probably about a year.” Then things got worse.

Her doctor referred her to Anuj Garg, MD, Carle cardiac electrophysiologist. He specializes in issues related to heart-rhythm problems.

After he determined Fox’s heart muscle was weak, he implanted a pacemaker-defibrillator. The device would help to improve the pumping function of the heart and prevent sudden death from cardiac arrest.

Fox was lucky to receive the device when she did. It showed an irregularity in her pulse, which affected how the device worked. If it didn’t work correctly, the pacemaker-defibrillator wouldn’t do its job of saving her life.

The irregularity was the key.

“We picked it up on the device and said, ‘You have an arrhythmia,’” Dr. Garg said.

An arrhythmia is an irregular, often rapid, heartbeat. Fox was experiencing a specific type of arrhythmia called atrial fibrillation or AFib.

AFib occurs when, instead of squeezing blood, the atria starts to quiver at 300 to 400 beats per minute. This causes blood to pool around the upper chambers instead of reaching the lower chambers. The lower heart chambers then start to beat really fast and at an irregular pace as well.

“People can have palpitations (during AFib). They can have shortness of breath. They can feel very tired,” Dr. Garg said. “If they can’t go to the mailbox or they can’t push the lawnmower, which they could do before, they should look into it.”

Other symptoms of AFib include lightheadedness and general weakness.

Left untreated, with all that blood pooling, AFib can jar loose a clot. If the clot lodges in an artery leading to the brain, it can cause a stroke. The American Heart Association (AHA) estimates arrhythmia causes 20 percent of strokes. The AHA says about 2.7 million Americans have AFib.

Fox’s defibrillator allowed Dr. Garg and the team at Carle to discover the AFib and treat her for it with medications.

“If she didn’t have the device, we would not have been able to pick it up,” Dr. Garg said.

Now Fox is back on the go.

People who haven’t experienced heart trouble should be alert for what seems like minor difficulties that may interfere with daily life. Sometimes patients may be unaware of the condition until a provider discovers it during an exam.

“AFib is very different for different people,” Dr. Garg said. “Usually it starts on-off. You can have it for 10 or 30 minutes, and it goes way for months. Or you can be asleep and not even notice it.”

People who experience sleep apnea—when their breathing stops and starts during sleep—should pay attention; sleep apnea can cause AFib in some patients.

If you have concerns about your heart health, speak with your doctor, who can explain what you might need now and in the future. With the right attention from both patient and physician, patients can go back to their routines.

“Once we treat AFib, you can go back to your normal, daily life, and you can maintain a healthy lifestyle,” Dr. Garg said.