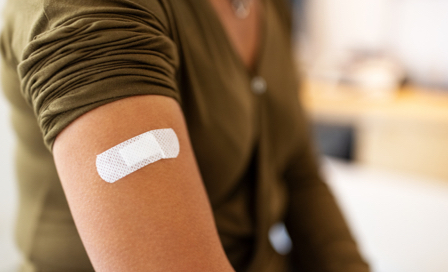 Carle, in partnership with state and local public health officials offers booster shots to patients and the public. To schedule your booster appointment in a community near you, please visit the pages below for county specific information.

Per current CDC recommendations everyone ages 18 and older should get a COVID-19 booster shot.

If you received Pfizer-BioNTech of Moderna as your primary vaccine, you should receive a COVID-19 booster shot if you are:

You can get your booster shot six months after completing your primary mRNA vaccine series.

Carle is currently offering booster appointments throughout the region. We encourage everyone to visit Vaccines.gov for more information about public health and retail vaccination location opportunities.

Champaign County
The vaccine clinic at Kohl’s Plaza in Champaign is administering the Pfizer-BioNTech and Moderna booster vaccine, appointments are available through MyCarle and the Carle COVD-19 hotline (217) 902-6100.

Richland County
Patients in Richland county are encouraged to contact their Primary Care provider to schedule an appointment.

Coles County
Booster appointments will be made available at Carle Mattoon on Fridays. Patients can call (217) 258-5900 or visit MyCarle to schedule an appointment.

For Vaccine Information
in Your County:

Information on this site is updated weekly