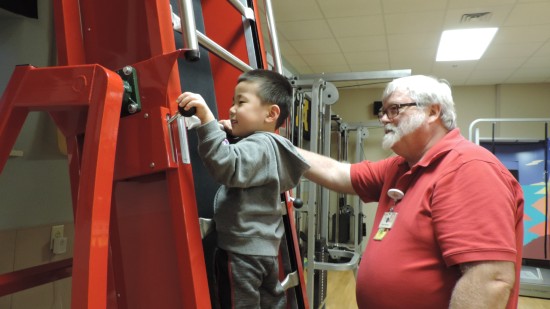 Ernie Park was a happy, smiling baby, just like any other. During one of his early check-ups, however, his pediatrician noticed a lack of movement in his right hand and suggested the family contact Early Intervention. Eventually, physicians diagnosed Ernie with hemiplegic cerebral palsy, which causes weakness on the right side of his body.

“We had this whole journey of evaluations,” his mother Hannah Park said. “And then, by happenstance, we met Earl. And we’ve stuck with him ever since.”

To Park, Earl Martin is more than a pediatric physical therapist at Carle. He’s a champion who works tirelessly to help every child reach their full potential, even if that occasionally means reaching out for additional help. 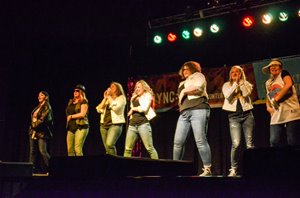 In 2019, Martin asked Carle Health Center for Philanthropy for help acquiring several new therapy tools, including a rotating ladder treadmill, a soft climbing structure and some specialized bikes. Thanks to the funds raised by INSYNC 2019, we were able to make that happen, providing a raft of new equipment that’s been a hit with patients and parents alike — especially the rotating climbing wall.
“There are times when I want to use it,” Park said.

Tickets are on sale now for INSYNC 2020 on March 28 to benefit Will’s Garden, a 6,000-square-foot rooftop into a place of solitude, self-care and healing honoring a young cancer patient whose dream was to enjoy freeze breezes and vibrant greenery during his hospital stay. Last year’s event proceeds help families like the Parks.

“Ernie really needs to strengthen his hips, hip flexors and his quads,” she said. “Climbing really helps him to strengthen that part of the muscle, so we work on that all the time. And Ernie wants to, because it’s colorful, it’s huge, and it’s really fun.”

It’s a big step up from the stairs they once used in therapy. For Ernie, there’s even an extra plus. Because the lever that adjusts the speed is on the right side, he has to work extra hard to reach it, using muscles that need to be strengthened.

Even though it’s only been in place for a few months, Park says it’s already made a big difference. “He runs and jumps with much more power. Before, it was difficult for him to do that, but now he does it a lot.” And Park says he’s not the only one who will benefit. 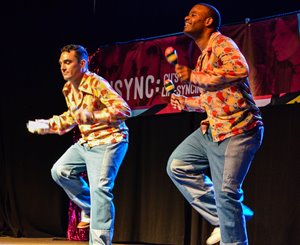 “There’s a huge community on Facebook that I’m a part of,” she said. “We talk about things like this and get ideas from one another, and one of the cool things is that we share these feats our kids achieve, so I'm excited to share how Ernie’s improved.”

As a full-time teacher at Judah Christian — and a mother of two active boys, Park says the journey hasn’t always been easy. But she’s extremely grateful, not just for this investment in care made possible by generous donors, but also the dedicated man behind it.

“Knowing that we have a therapist on our side, wanting and willing to do whatever it takes to get state-of-the-art equipment to improve the lives of these kids. I don’t say it enough, and I think it’s weird, but yeah, we love him.”