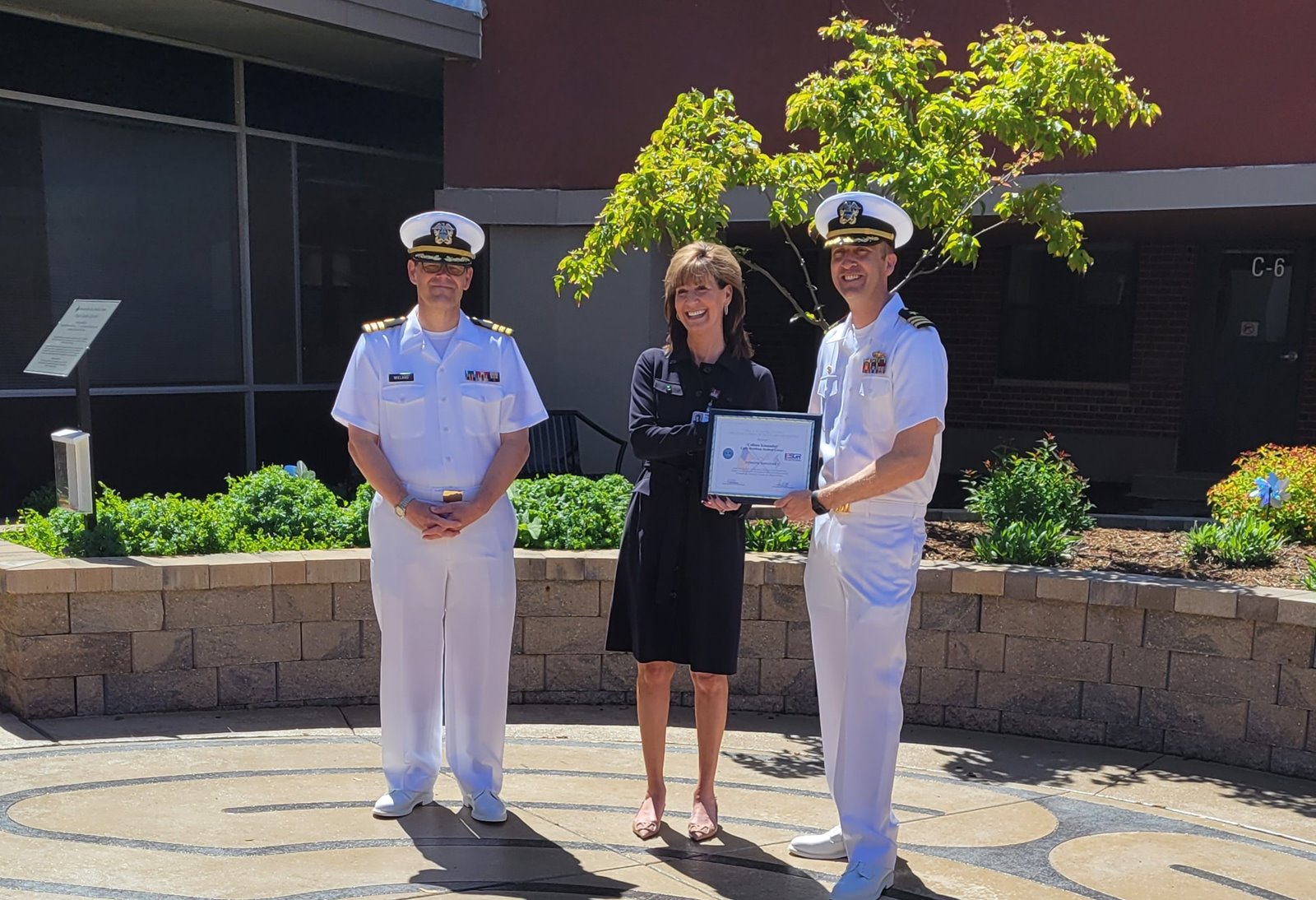 Kannaday joins the ranks of fellow Carle leaders who have been honored for their commitment to accommodate the military service obligations of their employees who serve in the Guard and Reserve. 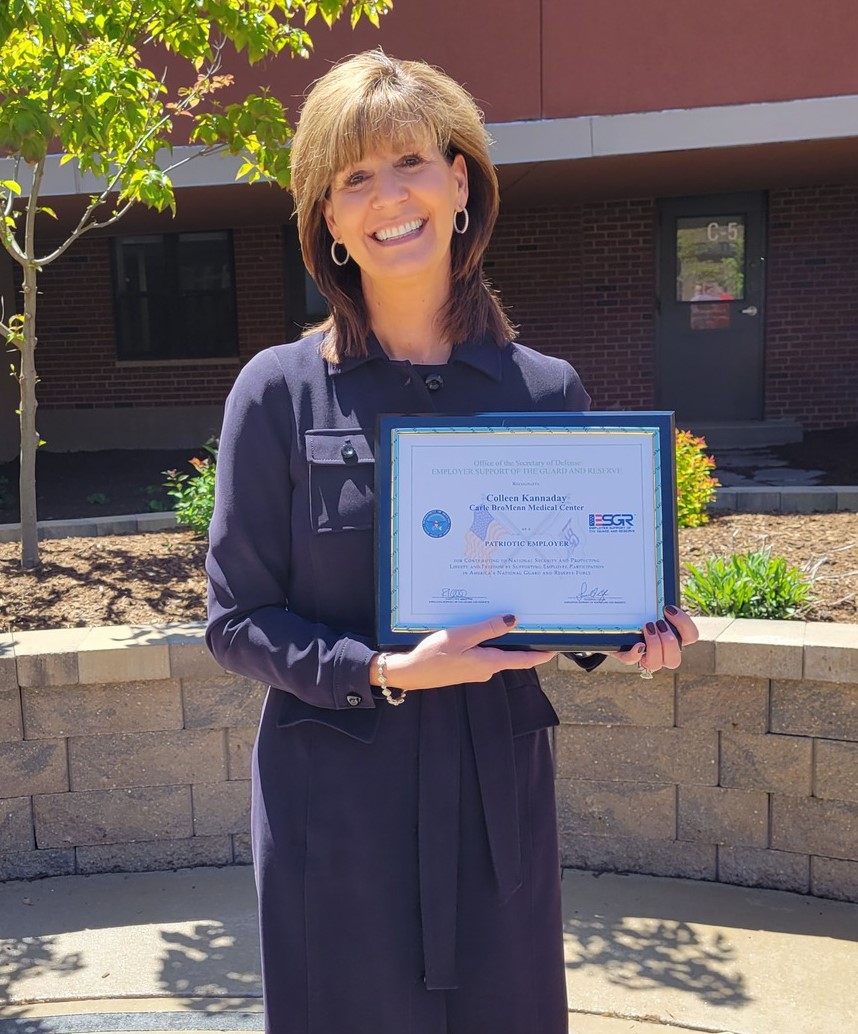 organization,” Wieland shares. “She acknowledges and values those who serve our country in peacetime, crisis and war.”

The presentation took place on Thursday, May 13, at 11 a.m. in the Chapel Garden on the Carle BroMenn Medical Center campus.

The Patriot Award was created by ESGR to publically recognize individuals who support and cooperate with their employees who serve in the Reserves or National Guard. ESGR is volunteer agency established by the Department of Defense in 1972 spurred by the fact that the Guard and Reserves comprised 48% of the total U.S. military capability and that only 1% of the American population services in the military, so there existed a general lack of understanding of how the military operates.

In 2016, Carle Health established a Military & Veteran Support Services department within Human Resources designed to recognize and support active and retired members of the armed forces. More than 300 Carle team members have self-identified as Veterans, Reserve, or Guard members. Carle Health values and celebrates the experience and skills military members and veterans bring to the workplace.

Administrative fellowship a launch pad to propel careers in healthcare