Grateful grandmother raises money for other moms and babies 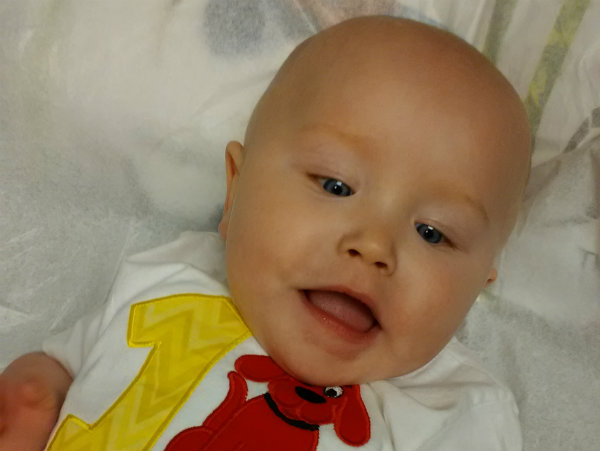 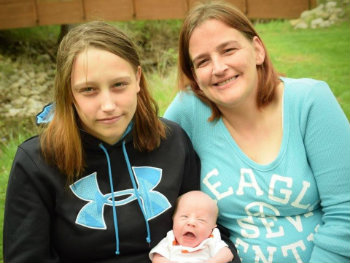 Deb McCracken is a talker, and she has others listening.

“Carle saved my daughter’s life and Kaiden’s,” said the Altamont grandmother whose thankfulness inspired a special campaign of giving.

During troublesome pre-term delivery, both mom Cassady McCracken and baby Kaiden were in trouble. Cassady delivered Kaiden by emergency C-section and her worries were just beginning.

“He was grayish and not breathing on his own,” Cassady said, recalling those scary moments when she and baby both needed medical help.

She suffered from dangerously high blood pressure and weakness. It would be more than 48 hours until she was strong enough to hold him and Kaiden’s enlarged heart likely would require surgery. 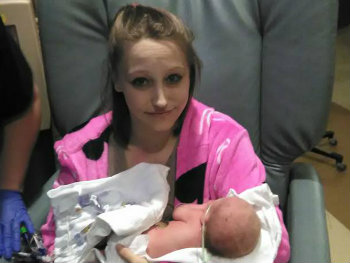 A year later, in honor of her grandson’s birthday, generosity and gratefulness inspired McCracken to collect money for Carle Auxiliary Guest House and receiving blankets for the Neonatal Intensive Care Unit (NICU). McCracken used social media to share her story and encourage friends, family and neighbors to contribute.

While Kaiden was in the NICU, his family made the long trip between Urbana and their Effingham-area home frequently until they began using the Carle Auxiliary Guest House.

“The Guest House was there for my family when we needed it, and I want to be sure it’s there for others, too,” McCracken said. “We’d be there for three days, then home for one, then back up again. I’m grateful we could stay close to keep a close eye on Kaiden.”

Volunteer Services Director Megan Holland sees families like these all hours of the day and night, weary and worried.

“We know families appreciate the help, but we never expect anything in return,” said Holland. “What a nice surprise to have a family extending a helping hand to others.”

Thanks to NicView, the family was able to watch Kaiden when they weren’t by his bedside. Carle was the first hospital in Illinois to use the webcam system that keeps loved ones connected to babies in the NICU using smartphones, tablets and other technology.

“Whenever I wasn’t able to physically be there, I was able to see him and know he was in good hands. I felt more connected, less worried,” his mother said. After three weeks, a week before his due date, the family brought Kaiden came home. As an added bonus, Kaiden’s heart fixed itself, and he did not need surgery.

“We got to meet him sooner than we thought and couldn’t be happier at his progress,” McCracken said.

The Carle Auxiliary opened two new family rooms in 2017 and plans to expand a third room this year to meet growing demand. The rooms feature a queen-sized bed, a twin and a trundle so four family members can stay together.