From conception to delivery, Carle supports moms and babies 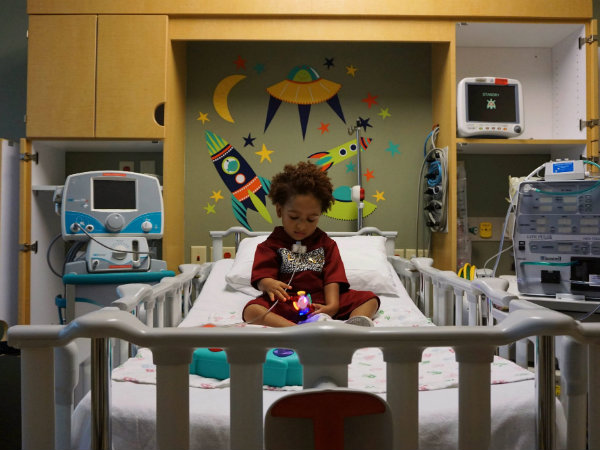 When doctors in West Virginia told first-time mom Aurea Garvin her pregnancy wasn’t going as expected, she turned to Carle for a second opinion.

An ultrasound revealed a rare birth defect, omphalocele, affected her baby’s abdominal wall, leaving vital organs unprotected. She remembers during her first visit Vitaliy Soloveychik, MD, neonatologist, advised her to “fight for your child and what you believe.”

As a former resident of Urbana, she knew resources existed at Carle. Garvin packed her bags, set on delivering at the region’s only Level III perinatal center. Carle recently recertified with the state’s highest distinction for the care of moms and babies.

“Carle is the right place for the region’s best care for moms and babies. From Obstetrics to NICU to Child Life to Pediatrics, we have a robust approach to comprehensive care,” said Kayla Banks, vice president, Women’s Health Services and Medical Education.

Garvin agrees. She delivered Dominic nearly full-term at 38 weeks with a team of doctors at their side – two for her and five for him. He spent more than 100 days in the NICU, and many more in the hospital including his first and second birthdays.

“Dominic’s life hasn’t been easy, but I wouldn’t trade it,” Garvin said. “He’s doing well and showing his personality. He’s a rambunctious little guy who loves to climb, jump on the bed and watch Thomas the Train.”

“The doctors and nurses are more like his aunts and uncles,” Dominic’s mom said. “They become your family, and we see them through their milestones too – pregnancies, marriages and going-away parties.” 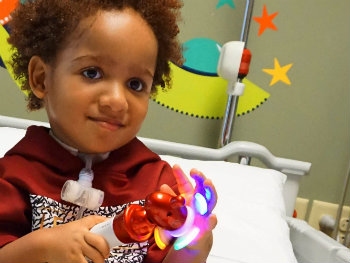 Dominic knows his way around this hospital. In his first three short years, Dominic faced more medical procedures than most adults will in a lifetime.

Experienced nurses advocated for his care, managing referrals to outside specialists.

“We may travel elsewhere for surgeries, but we know Carle is our home,” Garvin said. “They grow with us and anticipate our needs.”

Jenny Brandenburg, RN, perinatal administrator, said parents and hospitals both depend on Carle.

“The region relies on us when things don’t go perfectly,” she said.

Carle accepts patients from community and rural hospitals who need care from Maternal Fetal Medicine and the NICU, which ranks in the top 20 percent for quality in Illinois. Carle’s NICU advanced regional care by opening a small baby unit. Carle is just the fourth hospital in Illinois to use a small baby unit and joins approximately 20 hospitals across the country dedicated to this advanced level of care. Babies are smaller and sicker, and providing the type of care they need becomes more challenging.