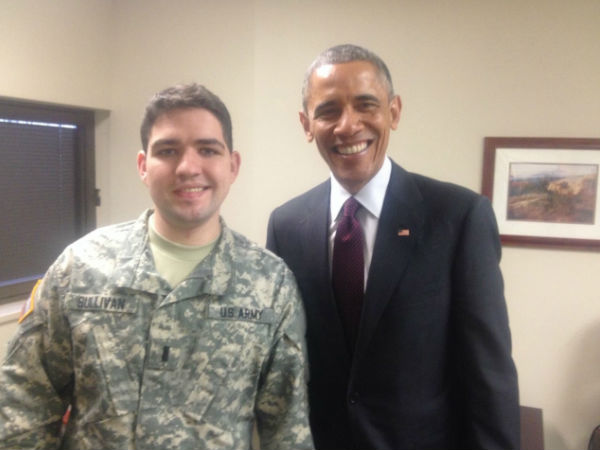 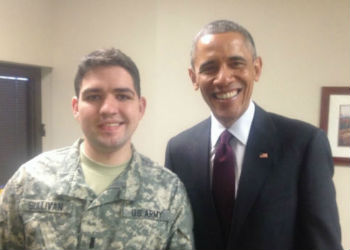 The University of Illinois graduate and former Army lieutenant served in Afghanistan back in 2014. During that time, a helicopter he rode in took only seven seconds to fall to the ground after colliding with a communications tower.

“During the accident, I didn’t know what happened,” Sullivan said. “I just remember feeling a lot of adrenaline. I can only compare it to that feeling during the first day of school, but it was one thousand times worse. I only had time to think, ‘Oh my God, I’m going to die.’”

Sullivan survived, though, and faced a long path ahead. Of his many medical hardships, the most difficult became recovery from a traumatic brain injury (TBI).

A goal to shed light on this complex challenge led to a partnership between the University of Illinois’ Chez Veterans Center, the College of Applied Health Sciences (AHS) and Carle. The result is a veteran-focused event hosted at Pollard Auditorium at The Forum at Carle on Friday, Nov. 1 from 8 a.m. to 3:30 p.m.

Although not entirely uncommon in military duty, Sullivan’s accident altered the course of his life. The crash left him with a broken neck, shattered jaw, severed chin, ruptured carotid artery and several missing teeth. Being taken to safety didn’t end the danger, though, as a brain bleed led to a stroke and revealed his TBI.

Military service members, veterans, caregivers and healthcare providers will drive the dialogue at the Nov. 1 event to help clarify several issues. Its focus on in-depth research and ever-adapting care practices will help uncover new ways forward in the diagnosis and treatment of TBI.

Support for veterans like Sullivan is going to impact a large population, too.

AHS cited a Department of Defense estimate that nearly 400,000 members of the military suffered TBIs between 2000 and 2018. This led many experts to consider TBI the signature wound for post-9/11 veterans.

Inside the Intensive Care Unit, Dr. Arnold said instances run the gamut. Some TBI cases are relatively minor, with patients treated and released in a matter of days. Others, though, are much more complex.

“One way this event is important is that it will bring together a lot of very well-known researchers and physicians from this area," Dr. Arnold said. "Here they will disseminate knowledge to the professional and lay community about how to manage head injury."

One advancement Carle is already progressing toward is the use of leading-edge imaging technology.

Within the next two years, Carle will introduce the use of a MAGNETOM 7 Tesla (7T) magnetic resonance imaging (MRI) scanner. A partnership with the Beckman Institute for Advanced Science and Technology helped produce this tool.

That kind of expertise at the time of injury is an exciting thought to Sullivan. 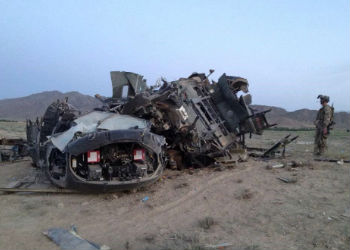 Despite it all, Sullivan is overcoming his many challenges. Yet, a clear distinction still lies between his life before and after the accident.

He’s now attempting to line up job interviews and re-enter the workforce.

Five short years ago, Sullivan was on the ground in Afghanistan. As a platoon leader, his fellow infantry secured areas after combat. They rescued injured Afghani soldiers and ushered them to safety.

Now, he is looking to lean back into his political science degree from the University of Illinois to uncover his next steps.

Carle’s involvement in the event leading up to Veterans Day is all about providing the right care to people like Sullivan at the right time.

That way they, too, can overcome the effects of TBI and make the most out of the rest of their lives.