No foolin’: April Fools’ Day may positively impact your health 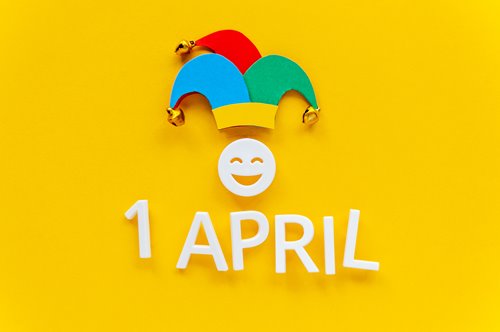 Every April 1 a majority of us find ourselves in one of two categories – practical jokers or unsuspecting targets. Those of us who are lifelong pranksters look forward to this day in earnest, whereas the prankees…not so much.

But how would you feel if you learned that as seemingly annoying as some practical jokes can be, humor, and especially laughter, may improve your health? It’s true. Healthy sources of humor and belly laughs are linked to positive health responses that may influence both our physical and mental well-being.

Anecdotally, in the 1970s, a journalist named Norman Cousins proclaimed the power of humor when he announced that he had markedly improved his symptoms of ankylosing spondylitis, a degenerative disease causing the breakdown of collagen, by regularly watching Marx Brothers movies. Interest in his claims that daily mega doses of laughter and vitamin C improved his pain sparked Cousins to write subsequent books and change careers and helped lead to the expanded exploration of the potential healing benefits of laughter and humor.

It’s been many years since Cousins made his claim about the positive role laughter played in his personal disease management. And after many more studies, it’s clear laughter can improve everything from pain tolerance and mental health to boosting immunity and increasing blood flow to internal organs.  “Laughter decreases the release of stress hormones and increases physical relaxation, as well as having positive effects on the immune system,” Brent Sylvester, PhD, licensed clinical psychologist, Carle Behavioral Health in Bloomington said. “It’s a good way to relieve stress as well as boost mental and physical health.”

While many of the studies are non–evidence-based opinions, there is also evidence-based research suggesting that laughter has some positive, quantifiable effects on certain aspects of health. What are we to conclude? Should we be Team Laughter or Team Caution?

Laughter has shown physiological, psychological. social, spiritual, and quality-of-life benefits. Adverse effects are very limited, and laughter is practically lacking in contraindications. Therapeutic efficacy of laughter is mainly derived from spontaneous laughter (triggered by external stimuli or positive emotions) and self-induced laughter (triggered by oneself at will), both occurring with or without humor. The brain is not able to distinguish between these types; therefore, it is assumed that similar benefits may be achieved with one or the other. Although there is not enough data to demonstrate that laughter is an all-around healing agent, this review concludes that there exists sufficient evidence to suggest that laughter has some positive, quantifiable effects on certain aspects of health. In this era of evidence-based medicine, it would be appropriate for laughter to be used as a complementary/alternative medicine in the prevention and treatment of illnesses, although further well-designed research is warranted.¹

So this April Fools’ Day, embrace laughter and humor. Laugh loudly and regularly and help others laugh too by sharing positive, appropriate and harmless humor. Laughter is not a replacement for accepted therapies or necessary medical interventions but it could make for a welcome and inexpensive complement.

“My advice is to laugh more and worry less, your health will be better off for it,” Stephen Hill, MD, Bloomington Family Medicine offered with a smile. And that’s no joke.

No foolin’: April Fools’ Day may positively impact your health

Make March the month to learn about colorectal cancer